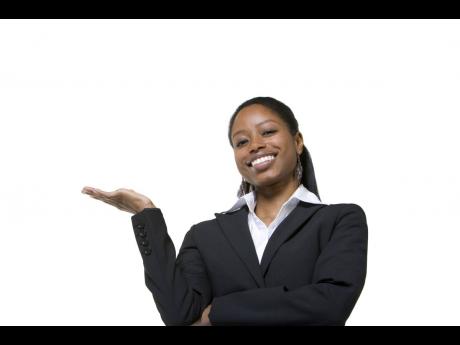 As an up-and-coming leader in your company, do you need an administrative assistant? If you are adamant that you don’t, consider that it’s only a matter of time before your mind changes. The question is, do you know why this will take place?

The position of administrative or executive assistant has been under assault. In times past, the role was the exclusive domain of women who possessed shorthand, typing, and organisational skills. While the first two tasks have been replaced by note-taking technology, the third has become all-important.

In fact, there are a number of women running Jamaican companies behind the scenes. They all used to be admins. Outside their organisations, they are unknown, but insiders know the real story. Recently, Big Bosses’ memory has started to fade. Their facility with the latest technologies has slipped, but their admin has stepped up to play a vital, but quiet role.

Furthermore, persons in these roles have added specialised digital and online skills no one else in the company has. But they are far more than IT geeks. Their unique position means that if you aspire to the executive suite, or already sit there, you need an admin by your side.

Take note of the McKinsey research completed by DeSmet and Bevins. According to their article ‘Making Time Management the Organisation’s Priority’, admins enhance a leader’s power. Also, executives who are effective time managers receive “strong support in scheduling and allocating time”. Only seven per cent of ineffective time allocators said the same.

What would it take for you to have that level of support, preferably before you become desperate? Here are a couple of steps.

Following the low-pay, low-skilled secretarial positions of the past, some companies still treat admins as if they aren’t important. For example, some human resource managers are quite willing to put a brand new hire in the office of the CEO, believing that such persons are interchangeable.

Using the old, outdated definition, they are.

However, once admins are seen as a critical part of executive success, the game changes. The person – who can be any gender – requires specialised training in each step of their development. This should be introduced as they climb the career ladder, enabling them to serve managers at higher levels. In fact, there should be a healthy pipeline of assistant talent at all times.

Also, companies shouldn’t pay assistants peanuts. Not only is the role important, it should attract quality persons who have their own aspirations. Low salaries simply won’t engage those who can add value to the C-Suite.

Be prepared for a partner

As a high-performer, you may be quite capable of navigating any new technology, and managing the demands on your time. However, the moment will come when you won’t be able to juggle all your business and personal commitments on your own.

As such, you need to give thought to the kind of person you intend to work with. What practices will they perform? How well? Should other staff relate to them as the power behind the throne?

Unfortunately, personal productivity among executives varies widely, because few have received any formal education on the topic. As such, they aren’t taught how to leverage someone who helps them manage a busy calendar, to-do list, or project plan.

Up until now, it’s also unlikely that you have benefited from the feedback or coaching required to be productive at higher levels. As such, you may be underestimating the demands which will be made on you, and the need for a team approach.

Consider the television show The West Wing. Jeb Bartlett, the President, had a decades-long working relationship with his admin, Mrs Landingham. Several times per day, he asked: “What’s next?” In keeping with the character of a perfect assistant, she was always ready with an answer.

If you haven’t recruited such a person in preparation for promotions you hope to attain, start looking. Likely subjects may already be in your company. But sometimes you can recruit talented admins from other organisations where they just aren’t being appreciated.

More important, if your corporation doesn’t foster its administrative assistants, undertake a coordinated attempt to change the culture. If folks think that having an assistant is a perk like a bigger office or a company car, challenge this thinking.

Introduce the idea that admins are powerful contributors to the executive suite. Without them, your organisation may be wasting time and effort on meetings, email and scheduling activities.

Advocate the notion that these necessary evils are better left to the trained professionals. Show the powers that be that the value of their skills far outweighs the cost of their salaries. Then, champion concrete changes.