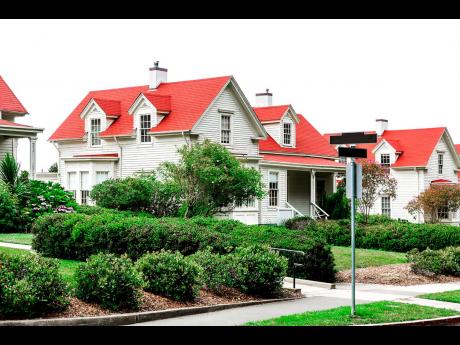 Activity in the property auction and private treaty market are at a low, due to leniency by mortgage lenders that have held back from confiscating the homes of debtors while the economy tries to recover from the COVID-19 pandemic, the Realtors...

Activity in the property auction and private treaty market are at a low, due to leniency by mortgage lenders that have held back from confiscating the homes of debtors while the economy tries to recover from the COVID-19 pandemic, the Realtors Association of Jamaica, RAJ, has said.

Cognisant of the fallout in jobs, business activity and disposable income since the pandemic began, mortgage institutions hve chosen, since April 2020, to support rather than punish borrowers that fell or seemed likely to fall into arrears.

The relief for mortgagors included a moratorium of up to 12 months on mortgage payments, and, more recently, add-ons on mortgage loans, such as pre-approved line of credit of up $1 million, no deposit fees, and more time to repay.

“We have credit unions now in the mortgage space and with that level of competition, it has been driving the single-digit mortgage interest rate. We expect it to continue,” said President of the Realtors Association Donovan Reid.

Banks have been unwilling to speak on what the relief programme cost their institutions, but the state-run National Housing Trust, NHT, estimated that it would forego some $418 million in loan repayments for fiscal year ending March 2021 from the special measures implemented since April to assist NHT mortgagors.

Data from the housing agency up to September 2020, showed that the delinquency rate for mortgage payments jumped to 15 per cent on loans that were 180 days past due, three percentage points higher than the comparative period of 2019. The defaults were significant among women, as well as the 18-29 age group, but the largest group affected was the 60-plus age category, among whom defaults climbed five points to 24 per cent.

The moratorium on mortgage payments officially ended in March 2021, but it’s clear that mortgage institutions are still quietly assisting clients who have reached out for help.

JN Bank, the largest holder of mortgage accounts in the private market, told the Financial Gleaner this week that a very high percentage of its mortgagors are back to servicing their loan accounts, but says it’s encouraging members who may still be having challenges to contact the bank for a discussion on a workable solution.

Scotiabank Jamaica, which sells mortgages through its building society subsidiary, said it continues to assess the needs of its customers on a case-by-case basis, providing support as needed, and that the support offered typically includes a variety of options.

“I think that a number of mortgage companies are trying to be more understanding at this time,” said Reid.

A tally on the number of homes up for sale under private treaty or foreclosures before and since the pandemic was not readily available, but Reid said that from general observation of the listings, there has been a decline in its numbers.

“Over this period, what we have seen, definitely, is that the mortgage companies have backed off a little bit in terms of units that they would be exercising powers of sale for. The National Housing Trust, for one, had put a hold on private treaty properties that they were selling,” Reid said.

While the banks extend a hand to those seeking mortgage relief, the institutions are looking at other options to recoup monies that would have been delayed or lost from the relief programmes.

Competition across the institutions have been heating up for mortgage loans. So far, that appears to have kept mortgage rates trending in favour of borrowers, that is, downwards.

Mortgage rates have been drifting southwards even before the pandemic. Bank of Jamaica , in its most recent data, estimated average mortgage rates at 7.19 per cent in June, down from 7.22 per cent in May and 7.24 per cent in April.

Comparatively, the average rate for personal loans, which dips and sways but has generally been holding to the 20-21 per cent range, fell from 20.87 per cent in April to 18.91 per cent in May, but returned to its comfort zone at 20.69 per cent in June.

“With respect to the rates on unsecured loans, we believe that the decision by some banks to extend facilities to the segment of the market normally catered to by payday and microcredit lenders may be having an impact on rates. The higher rates may be as a result of an effort to compensate for the higher risk involved in lending to this market segment,” JN Bank said in its analysis of the market.

RAJ president Reid added that mortgage rates have been falling over time because of increased competition among lenders, and a more accommodative monetary policy by the Bank of Jamaica — a reference to the central bank’s low interest rate policy that has served to drive down lending rates to businesses and consumers over time.

The policy rate has been held at a record low of 0.5 per cent for two years, since August 2019. The BOJ has said it will review at the end of this month whether it will change its stance and raise rates at the end of this month, in order to defend its inflation targets. If it does raise rates, lending rates will likely rise as well, and within a quicker time period than which they trended down over the past few years.

As to the possibility of more mortgage loans going bust with the rising COVID-19 infections rates and concerns about adverse business impacts from continuous economic lockdowns, Reid said the sector is configured to handle risk.

“Mortgages are backed by securities,” he said. “We have not really seen major fallout in jobs of civil servants; and among those who would mix their NHT benefits with the mortgage loans from the banks, we haven’t had any fallout there,” the RAJ president said.