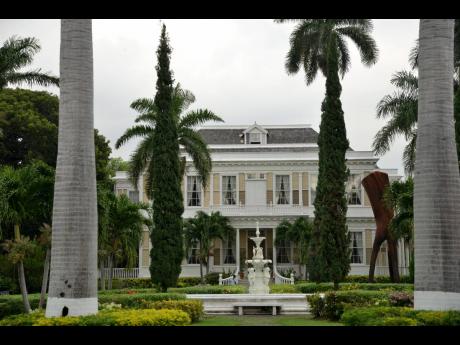 Devon House, a key historic attraction and favourite spot in Kingston for casual meals, ice cream and hang-out spot for friends and lovers, plans to use the slow period to reroof its pogadas and resurface the courtyard, which is seen as a tripping hazard.

The historic attraction, which is operated by Devon House Development Company, is seeking a contractor to work on the gazebos, courtyard and fencing, build stormwater drainage and install electrical wiring. The project should start construction in January of 2022 and last eight to twelve months.

“The courtyard has been in need of resurfacing for some time as several walkway tiles have started to lift, the uneven surfaces are causing a potential trip hazard to patrons and staff,” said Dr Carey Wallace, executive director at the Tourism Enhancement Fund (TEF) a backer of tourism-related projects and the agency overseeing the upgrade. Both Devon House and TEF are state-owned.

Devon House was the 19th century residence of Jamaica’s first black millionaire, George Stiebel, who made his fortune in gold mining overseas before coming back to Jamaica to live. The building carries elements of Caribbean and Georgian architecture.

Devon House was declared a national monument in 1990 by the Jamaica National Heritage Trust. In 2017, it was designated as a gastronomy centre, due to the over two dozen shops and stores on the compound.

The TEF will focus on the courtyard, which contains the many shops and seating areas, for the rehabilitation.

“The roofs of the pagodas have deteriorated over time and minor repairs have had to be done,” Wallace added.

The expected cost associated with the project remains undisclosed until the bidding process closes, he said.