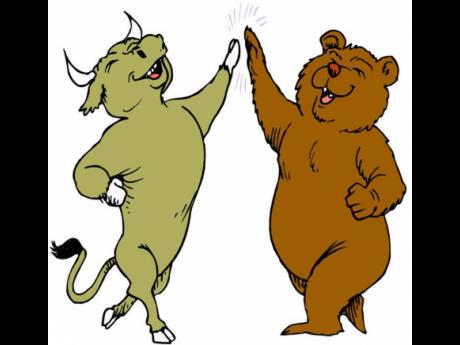 The preference share market is getting some much-needed oxygen with a few companies recently using it to raise new capital. There is much to learn about preference shares from these issues and from older issues.

While no particular issue bears all the features of preference shares, their variation helps us to get a reasonably wide understanding of what they are and why they are issued.

Of the 23 listed issues I have identified, though, I have not seen any convertible issues or participating issues, but some have several features.

Fixed-rate preference shares pay dividends – not interest – at a fixed rate. For example, Eppley 7.50% 2024 pays dividend at the rate of 7.5 per cent on the principal sum. The ‘2024’ refers to the year it is to be redeemed.

This is in contrast to variable rate issues, such as the 138 Student Living Variable Rate preference share, which pays dividends calculated on a set formula, in this case, the 180 days weighted average Bank of Jamaica Treasury bill yield plus 3.0 per cent. The dividend thus moves up or down as the yield on the relevant Treasury bill moves at each Treasury bill auction.

Shares that are redeemable are bought back by the issuer, generally at the issue price. This contrasts with non-redeemable shares which are issued in perpetuity, so investors must be able to find a buyer for their shares if they wish to liquidate their investment.

The Jamaica Public Service has a history of issuing non-redeemable preference shares. Their JPS 5%, JPS 6% and JPS 7% shares have been around for well over 40 years. In 2013, they issued another – the JPS 9.5% – at the Jamaican dollar equivalent of US$10. This is an interesting one as it is indexed to the US dollar, which makes it quite attractive and explains why it last traded at $1,700.

What we are seeing is that preference shares can give meaningful current income, but also some capital gain if bought at a discount. When, however, they are bought at par or above, capital gain is not to be expected at the redemption date.

The cumulative feature is significant in that dividends that are not paid when due must accumulate and be paid at a later date.

This is significant in that it is redeemable on November 30, 2021. It is due to be redeemed at $6 at that time, so as preference shares approach their redemption date, their market price tends to move closer to the redemption price.

Preference share prices do not necessarily move readily. Of the three issues Eppley brought to the market in June 2021, two last traded at the issue price of $20 and one at $22.

The dividends on preference shares are generally paid semi-annually, though some are paid quarterly. JMMB Group has taken it one step further, though, by paying monthly dividends on some of their issues.

There are several reasons companies issue preference shares. The proceeds from some of the new local issues were used to reduce debt, and 138 Student Living used the proceeds from its preference share and ordinary share issues to provide working capital for constructing and providing furniture for student residences, and to provide cash collateral for loans related to the same project.

Preference shares are best suited to investors who want income and are risk averse. Nonetheless, it is important to give consideration to the reputation of the issuer when deciding to invest.