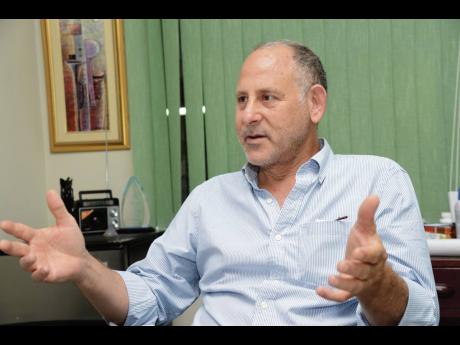 Jamaican manufacturers and exporters say they have seen at least a 20 per cent dip in earnings in the past month, due to the 'no movement' days, according to information released by the Jamaica Manufacturers and Exporters Association, which is urging the government to re-evaluate its use of that COVID-19-prevention strategy.

Business owners of various sizes across the island have been individually pleading with the Government to rethink its infection-control strategy over the past few days, but it's the first that the JMEA, which speaks for Jamaica’s manufacturing and exporting community, has voiced its views on the impact of the no-movement policy on business.

The JMEA’s request for the Government to re-evaluate the lockdown strategy comes on the eve of the expiration of some of the current COVID-19-containment measures and was backed by a survey the association completed in the latter part of August, which found that 83 per cent of members experienced a decline in revenue for the month, due to the no-movement days.

A sharp increase in coronavirus infections, hospitalisations and deaths in August resulted in the Jamaican government implementing stricter measures that included four consecutive weekends of three-day lockdowns, longer curfew hours, and businesses closing earlier. The measures expire today, September 14, unless there is an extension.

Some of the challenges being experienced by business operators across the island extend from scaled-down production, difficulty serving clients on no-movement days, cancellation or rescheduling of orders/commitments to customers.

“We didn’t want to make a specific recommendation as to what they should do, because there are so many different ways of looking at the problem, but what we want to get across to them is that it cannot continue,” President of the JMEA John Mahfood told the Financial Gleaner.

In its press release, the JMEA said it is clear from the survey that the past four weeks of lockdown is having a negative impact on manufacturers and exporters, particularly micro and small businesses. The JMEA added that while it understands the government is in a precarious position as it tries to strike a balance between protecting lives and safeguarding the economy, it is time to re-evaluate the current situation with a view to reducing the lockdowns.

“We would like to see a significant change, whereby the offices reopen on Monday and Tuesday or for the government to look at changing the Friday half-day work, which we believe is counterproductive because it causes congestion,” Mahfood said.

Over the past weeks, the business community has also called for banking institutions and Tax Administration Jamaica offices to open all day to the public on Saturdays.