Fontana expects to adapt and grow 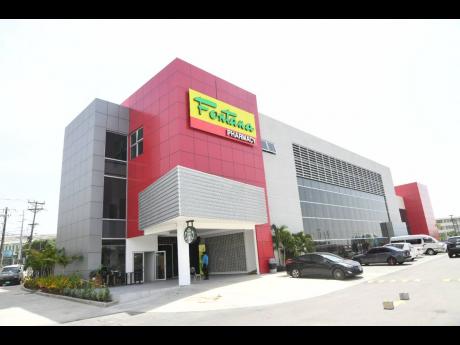 Fontana Limited, which operates the largest chain of pharmacies, thinks it can continue to adapt and grow earnings amid new variants of the coronavirus and related curfews.

“We have found a way to respond to all the challenges associated with COVID-19,” she said, listing reduced work hours, reduction in consumer visits, plus the state of emergency curfews that were set up in designated areas as a crime-fighting measure, even before COVID-19 curfews.

“We found a way to allow consumers to shop on their terms, to trust us with their safety, and they responded favourably,” she said,

VM Investments Limited released a Fontana price target of $6.69 for 2021 on the high end and $5.92 on average, according to analysis done in December 2020. The brokerage said the target was in line with Fontana’s peer group, and that it reflected growth in cash flow, while also reflecting a market multiple of about 22 times earnings, which equates to roughly $0.30 per share. VM Investments said then that investors could consider increasing the weight of the Fontana shares in their portfolio.

Another broker, NCB Capital Markets, recommended in May that investors hold the stock when it was trading at $6.39.

Fontana argued that it outperformed its peers based on a quarter-by-quarter comparison with the “Jamaica retail trade”, which declined in three of four quarters, while Fontana grew in all four quarters.

Planning Institute of Jamaica data shows that the ‘Wholesale & Retail Trade, Repair and Installation of Machinery’ segment of the economy declined by 8.1 per cent in the July-September 2020 period, 8.8 per cent in October-December 2020, and 5.1 per cent in January-March 2021, but grew 13.2 per cent in the April-June 2021 period.

Shares of Fontana jumped 11 per cent to $6.57 on Monday which was the first trading day after the release of its yearly results, and further to $6.75 on Tuesday. Year to date, the stock is up 19.3 per cent.