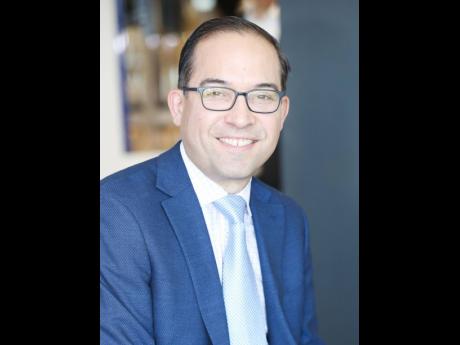 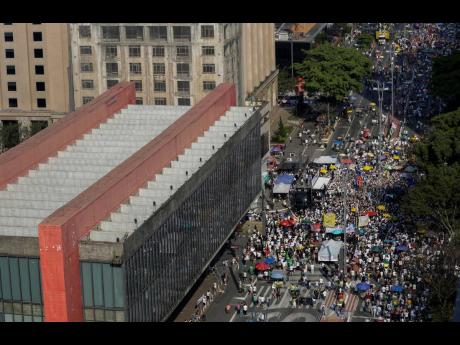 AP
People gather next to the Art Museum during a protest against Brazilian President Jair Bolsonaro at Avenida Paulista, Sao Paulo, Brazil, on Sunday, September 12. WRI Brasil estimates that a greener response to COVID-19 could create two million additional jobs and boost Brazil’s GDP by as much as US$535 billion over the next decade.
1
2

Uruguayan novelist Eduardo Galeano’s words are as relevant to Latin America today as they were when he wrote them 50 years ago.

“We are entering times of rebellion and change. There are those who believe that destiny rests on the knees of the gods; but the truth is that it confronts the conscience of man with a burning challenge,” he wrote.

The region’s prospects for managing climate change now must be considered within the context of the COVID-19 crisis. The pandemic has hit Latin American countries where it hurts the most, underscoring their historic underinvestment in the kind of social programmes needed to lift the poor and protect the middle classes.

Even before the massive costs inflicted by the pandemic, the region had one of the world’s highest rates of informal employment. Most of its healthcare systems were underfunded – as in Peru, which had only around 100 intensive-care beds at the beginning of the pandemic; that is, one per 30,000 people. And around 21 per cent of Latin America’s population was living in slums with limited or no running water, sewage removal, green areas, or reliable electricity.

In the midst of this pandemic, the crisis posed by climate change has remained as present and dangerous as ever. According to the World Bank, “every year on average, between 150,000 and 2.1 million people are pushed into extreme poverty, in the region, because of [natural] disasters”.

Whether Latin American countries can decarbonise and build climate resilience ultimately depends on whether they can deliver on their social agendas. The two questions are – and always have been – inextricably linked. It is no accident that the region’s track record of achieving climate targets has been as dismal as its record on securing social and economic justice.

Pursuing more sustainable development and addressing the damage caused by the pandemic will require not only time and resources, but also new social and political arrangements. There are signs that such changes are already afoot, or soon will be, in Cuba, Chile, Peru and Colombia.

But the risk now is that many of the fiscal packages that have been rolled out in response to the pandemic will perpetuate carbon-intensive practices. Many governments, still reeling from the current crisis, are neglecting to prepare for the medium- and long-term effects that climate change will have on their citizens’ lives and livelihoods.

In the February 2021 Greenness of Stimulus Index, which assesses the environmental implications of pandemic-response policies across the G20, all of the Latin American countries studied – Argentina, Brazil, Colombia, and Mexico – scored in negative territory. They belong to the majority of countries whose recovery packages lack an “explicit focus on climate change and environmental goals”, all but ensuring that they will do more harm than good.

Brazil, for example, has taken steps to deregulate land use in the Amazon, supposedly in the name of economic growth. Brazilian authorities have relaxed restrictions on environmentally destructive logging and mining, and have loosened the requirements for obtaining development permits.

The Brazilian government is also trying to push through legislation that would allow farmers who have illegally occupied land to claim a legal title if they can prove that they made it “productive”. And these measures come on top of others that reduced oversight in the Amazon during the pandemic, when one-third of enforcement agents were asked to stay home.

Earlier this year, at US President Joe Biden’s Leaders Summit on Climate, Brazilian President Jair Bolsonaro committed to eliminating illegal deforestation by 2030. But his government’s policies are moving Brazil in the opposite direction. As the World Resources Institute, WRI, reports: “Primary forest loss in Brazil increased by 25 per cent in 2020, compared to the year before.”

Brazil’s current policies are disastrous not only for the climate, but also for its own economy. Though they purport to support growth and incomes, they will impose far greater long-run costs on Brazilians. By contrast, a recent report from The New Climate Economy and WRI Brasil estimates that a greener response to COVID-19 – including investments in a more sustainable agricultural model – could create two million additional jobs and boost Brazil’s GDP by as much as US$535 billion over the next decade. The same policies would also enhance resilience and protect Brazil’s natural resources from further degradation, helping to prevent the permanent ‘savannisation’ of its rainforests.

Whereas Brazil stands out for its negative environmental contributions, Chile serves as an example of how Latin American governments can use the recovery to advance the climate agenda. Under its Paso a Paso Chile se Recupera (Chile Recovers Step by Step) package, the government has committed 30 per cent of its recovery funds to investments in sustainable development, advancing both emissions-reduction and climate-resilience targets.

But, most importantly, the plan’s primary focus is on policies and investments to address the socio-economic needs of local communities. From expanding access to water and abating urban pollution to electrifying bus transport and retrofitting public buildings, these programmes will create new job opportunities, giving a larger share of the public a stake in achieving a successful low-carbon transition.

Moreover, Chile’s plan positions the energy sector as the engine of economic recovery. Investments estimated at more than US$5 billion will go towards the construction of 28 new renewable energy facilities, creating more than 2,000 additional jobs.

Chile has now emerged as a potential climate leader for the region. But as it moves ahead, analysts from the National Resources Defence Council note that it must “ensure that benefits are equitably shared” and that“clean energy infrastructure does not result in negative social and environmental impacts”.

If Chile can provide a “just transition” for all communities as it “phases down coal”, they conclude, it “will also help to create important lessons for its neighbours”.