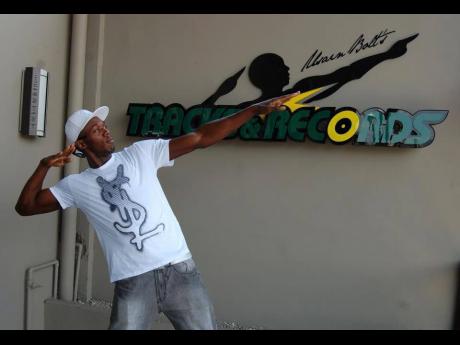 KLE Group, operator of the Usain Bolt Tracks and Records (UBTR)-branded restaurants and other emerging businesses, cut its losses by 26 per cent for the second quarter of its financial year ending June 30, 2021, a performance that has made its directors optimistic about the future of the business.

KLE’s losses fell to $18.2 million, some 26 per cent below the reported net loss of $25 million for the similar quarter of 2020, largely on the back of a more than quadrupling of sale numbers, which grew from $7.7 million to $38.2 million for the quarter under review.

The business boosted sales from a more aggressive takeout and delivery service, a model which was implemented in the last six months of 2020 as part of a restructuring programme to cauterise mounting losses, worsened by gathering and in-restaurant dining restrictions imposed by the Government to reduce the COVID-19 infections.

KLE has amended its business model to include its own courier service, Irie Courier, to continue growing the takeout side of business. The company has also partnered with My QuickPlate, 7Krave and Hugo for deliveries.

“Many opportunities have presented itself in tackling what is widely being accepted as the new norm; delivery is now fully integrated into our operations,” KLE said in the management discussion and analysis accompanying its latest financials.

But the company still has more work to do in this regard as the current year’s sales performance trails the $52 million in revenue KLE recorded for the pre-pandemic June quarter of 2019.

A review of KLE’s half-year performance for its financial year 2021 showed that losses totalled $40. 2 million, on revenues of $73 million. Cash and resources of the company dwindled to a deficit of $9.4 million and contributed to a dip in company assets by 12 per cent to $244 million.

“KLE will continue to employ cost-saving strategies and monitor our key performance indicators to improve efficiencies and achieve profitability,” the business management said.

Before the outbreak of COVID-19, KLE posted losses from the restaurant business, which led to a restructuring in 2019. The changes saw management abandoning the franchise model for the UBTR restaurants, and focusing instead on building a broader UBTR brand. The UBTR restaurants have since been downsized to two locations, the flagship Constant Spring Road restaurant in Kingston and UBTR Montego Bay.

A second restructuring programme began late last year and which involved salary cuts and the creation of two committees to oversee the restaurants and real estate divisions. Most of KLE’s earnings come from the food and bar business, but it also earns small amounts from its merchandise and rental business.

The company is looking to add revenue from its Bessa resort project in St Mary to revive earnings. The Bessa vacation units went on the market in the summer after being in development for some time.

The KLE business, which has David Shirley as chairman, says work is now under way to improve public perception of the brand through fresh marketing plans and initiatives.

“KLE continuously attempts to find effective and efficient ways of streamlining its structure and business operations. We remain confident and optimistic about the future with expansion and a revitalised business model, which we expect to lead to growth and sustained profitability in the future,” KLE said in commentary accompanying its financial statement.