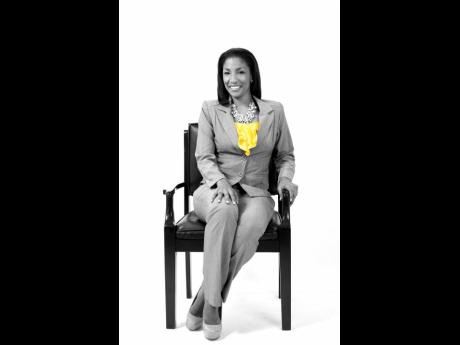 Advertising and production company Limners and Bards Limited, which trades as The LAB, grew earnings 32 per cent to $142 million for the nine-month period up to July, on revenues which also rose 37 per cent to $942 million.

The performance was driven by higher sales from its media placement division, up 39.4 per cent, and production division, which grew by 62 per cent. Revenue from its agency division, through which it creates brand strategy, copyrighting, and concept development, however, fell slightly at 1.8 per cent over the nine-month period.

The LAB, which is headed by Kimala Bennett, is looking for greater growth in its upcoming financial year from the commencement of its Scope Caribbean operation.

Scope Caribbean, which was incorporated in May this year as a wholly owned subsidiary of Limners and Bards, is described by the company as a user-generated influencer and talent platform that allows vetted persons to be added to a database of talent that is accessible by film producers, casting directors, agencies, and global brands.

Persons listed on the platform can be hired to create advertising campaigns, films, and TV shows specifically for brand influencers. Scope has also acquired the licence for an influencer-marketing platform meant to improve campaigns for the LAB’s clients through better performance tracking.

The recently released financials of the promotions and advertising agency show that the company has spent $4.8 million on the buildout of its Scope Caribbean division. Overall, assets of the LAB grew 29 per cent to $827 million, which included cash resources that rose 17 per cent to $449 million.

Up to July 31, Scope had not started active business.

Bennett told the Financial Gleaner that Scope Caribbean was still in its early stages.

“The results have so far been very promising. However, at this stage, we would not be in a position to publicly provide any revenue forecast,” she said.

‘There is an entire market that has now been created for Influencers and we continue to be an innovator in how we are able to provide a broad scope of services to our clients and to also provide job creation for these emerging areas and talents,” she added.

The LAB, which has shown continuous improvement in its year-over-year performance for the past three years, also added a content creation department in the hunt for more revenue from such activities,including content marketing for brands, digital and unsolicited content. The new department is part of a restructuring exercise. The division is intended to not only position the company as the go-to for major films, but also allows for The LAB to produce and license its own content, it said earlier.

Bennett is said to be looking for ways to grow the company organically before hunting acquisitions. While the listed company widens its business model, it is taking on new hires for its day-to-day operation.