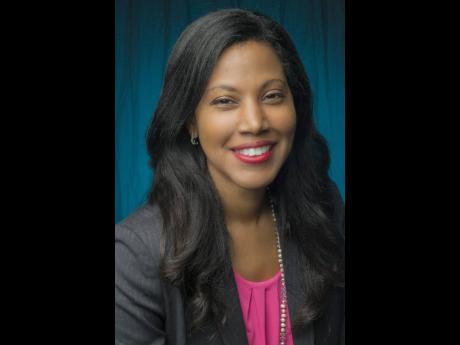 The director general of the Caribbean Hotel and Tourism Association (CHTA), Vanessa Ledesma, says while travel advisories have been placed on several Caribbean destinations due to the increase in COVID-19 cases, travel to the region is safe because of effective health safety measures and a continued commitment to protect employees and visitors.

Ledesma, who is also the acting chief executive officer of the CHTA, said that there has been no indication that the increase in travel to the region over the past several months has contributed to any significant spread of the coronavirus.

“According to contact-tracing analysis provided by several of the region’s destinations which are monitoring this, the level of COVID-19 transmission between residents and visitors has been negligible,” said Ledesma, adding that the testing of departing travellers returning to major source markets has shown insignificant positivity rates.

She noted that warnings based on COVID-19 positivity levels can be misleading.

“We have gone to great lengths to produce the safest possible corridors in our tourism-related communities,” she assured, adding that “Caribbean travel is safe and continues to get safer”

The United States-based Centres for Disease Control and Prevention has been at the forefront of institution travel advisories on Caribbean countries coping with the impact of the virus that has killed and infected thousands of people since March last year.

Ledesma said that the Caribbean’s commitment to health safety started long before the beginning of the pandemic, and its multi-agency, collaborative approach helped to jump-start the training of nearly 8,000 of the region’s tourism industry supervisors, managers and owners.

The CHTA said that recognising that the Caribbean is the world’s most tourism-dependent region, a priority was placed on establishing protocols to ensure that interpersonal interactions within tourism communities and between members of the tourism community and visitors were as safe as possible.

It said that the next priority for the regional organisations is to continue managing the pandemic’s risks and rebuild the region’s economic mainstay by protecting lives and livelihoods.

Ledesma said speeding the momentum of vaccinations throughout the Caribbean in the upcoming weeks is part and parcel of the process, as she congratulated governments for prioritising vaccines for travel- and tourism-related employees.

But she warned that “the pace of recovery still rests in the hands of the public and we encourage all employees who are able to be vaccinated to do so, to help fast-track the region’s recovery”.

Control Their Own Destiny

The CHTA First Vice-President and Chair of its Advocacy Committee, Nicola Madden-Greig, said the people of the Caribbean can control their own destiny, “accelerate our recovery, and help to get our people back to work faster, while generating the revenue our governments desperately need to provide basic services”.

“There is no question that the rate of vaccination within the tourism and related communities is higher than the national averages, and we know that vaccination provides that extra level of protection for our team members and their families,” the Jamaican hotelier said, while pointing to efforts by many Caribbean hotels to assist health authorities with administering vaccines to tourism employees, who, along with essential workers, were given priority.

She applauded the work of CARPHA, the Pan American Health Organization,, the Caribbean Community and Caribbean governments for placing high priority on securing vaccines: “We’ve been advised that vaccines are now readily available throughout the Caribbean, so there is little excuse for those who are able to receive one not to do so.

“A number of destinations in our region rely on tourism for more than 70 per cent of their GDP and over 50 per cent of employment. That is what makes it deserving of special consideration for vaccines,” she added.

CHTA said that despite the challenges which the delta variant has presented to global travel, the Caribbean’s industry performance numbers have been among the best in the world.

CHTA’s data partner, ForwardKeys, which tracks air travel globally, indicates that through to August 31, 2021, the Caribbean and Mexico have been reliable destinations for international visitors, with seven of the world’s top airlift performers coming from the region.

Hotel occupancy rates for the Caribbean, while still below the 2019 strong performance, increased to 53.6 per cent in July 2021, from 19.5 per cent the year before, according to CHTA strategic partner STR, which gathers global hotel performance data.

While advance bookings have slowed globally, demand for travel to the Caribbean this upcoming winter is strong, as indicated by advance bookings, buoyed by flexible cancellation policies and travel insurance as added assurances to give travellers confidence,” the CHTA added.____