Roxanne Miller | Not all money is created equal 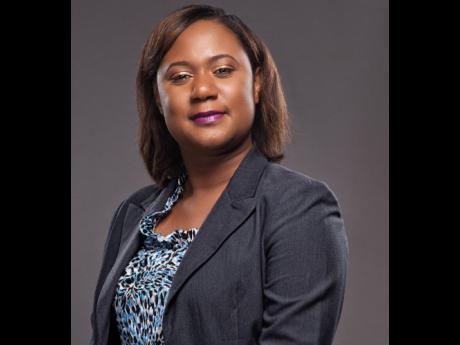 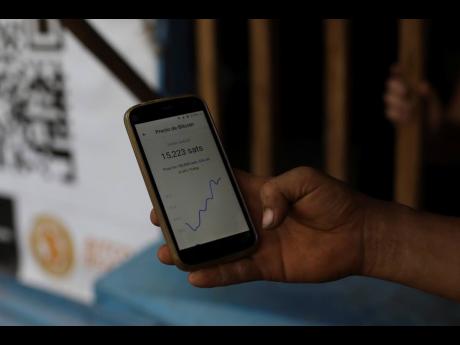 AP
A worker at Hope House, an organisation that sponsors the use of cryptocurrencies in El Zonte beach, makes a purchase at a small store that accepts bitcoin, in Tamanique, El Salvador, on June 9, 2021.
1
2

In past times, people would barter. Ten coconuts could be worth one goat, or two loaves of bread could be fairly exchanged for a dozen eggs.

The barter system would work until a person had a jug of palm oil and needed fish but the fisherman needs worms and not oil. This conundrum caused people to turn to something everyone agreed was valuable and could be readily exchanged for any good or service.

Gold then entered the party. Eventually, bankers would store their customers’ gold and issue them with banknotes as evidence of the deposit. The depositors then used these banknotes to pay for goods. The traders would accept these banknotes with the confidence that they could exchange them at the bank for the applicable units of gold.

The use of the banknotes became ubiquitous with so much faith being placed in them that many persons stopped collecting the gold from the bank. They were content to continually accept and pay over the banknotes for goods and services. The banknotes themselves became widely accepted currency, and thus money.

Centuries later, central governments saw the need for their respective countries to have one formal currency and passed laws accordingly. At present, not only do many countries have laws that impose one, and only one, national currency, the laws also specify that only one authority can issue this currency, this usually the country’s central bank. In Jamaica, the legal tender is the Jamaican dollar issued by the Bank of Jamaica, BOJ, which has the sole right to issue Jamaican currency.

Importantly, the BOJ is required to hold assets sufficient to cover the value of the total amount of notes and coins in circulation at any given time. The currency is therefore backed by the assets of the central bank, an institution duly appointed and authorised to do so by Parliament.

While a person cannot go the BOJ to exchange a $1,000 note for a gold bar, the relevant legal provisions give the holder confidence that the note is money. The laws of Jamaica’s major trading partners give Jamaican consumers similar confidence when they use the US dollar, pound sterling, and the Canadian dollar.

As more transactions take place online, the need for physical banknotes is diminishing. The BOJ, quite proactively, has authorised the minting of digital currency. This is currency issued in a digital format by the Central Bank, in its capacity as the sole issuer of the legal tender of Jamaica. This type of currency is helpfully labelled central bank digital currency or CBDC.

The benefits of CBDC over physical notes are numerous. They include being environmentally friendly and cheaper to create and distribute. CBDC encourages greater distribution channels for money as it no longer relies solely on traditional banks but now any regulated electronic wallet provider can ‘onboard’ customers thereby increasing financial inclusion. CBDC can therefore encourage competition in the payment or finance sphere.

Persons who already engage in electronic banking or payments may not see much difference but the currently unbanked persons will benefit from its ease of use and storage of the CBDC which alleviates many of the security concerns associated with physical cash. The technology is such that CBDC can be stored and transacted offline, which is unheard of for current electronic money transfers.

Importantly, CBDC is independent of the electronic wallet providers, whether those providers are banks, building societies or even utility companies. Its existence and operation is not at the discretion of unregulated private enterprises. This fact segues nicely into the next point – CBDC is not cryptocurrency.

Cryptocurrency is an electronic form of money created and sustained through cryptography. A ruling in a recent English case, Litecoin Foundation v Inshallah Ltd and others [2021] EWHC 1998 (Ch), described it as “a peer-to-peer decentralised network which may be used as a means of electronic payment for goods or services. Anyone with the relevant computer hardware and software can create or mine” cryptocurrency.

In other words, a cryptocurrency is a digital asset issued by private enterprises or persons in a peer-to-peer network. It is not issued by the central bank of any country. As at the date this article, the media has only reported one country, El Salvador, that has approved bitcoin, a popular cryptocurrency, as legal tender.

There are obvious advantages to using cryptocurrency in that traders and consumers across countries can agree a price without exchange rate concerns and the lack of traditional banking regulation makes its use relatively easy. However, what happens when multiple players in the business world refuse to accept one or more forms of cryptocurrency? There are no legal obligations on third parties relating to its acceptance or encashment.

There are assets that, without question, have a ready market in which they can be bought or sold, are accepted in settlement of debts and are universally acknowledged as a store of value. Blue chip stocks, and gold and other precious metals are real world examples.

However, where these assets are issued by and at the will of private sector entities and the issuers of the asset do not have legal authority and obligations relating to prudential regulation, maintenance of the country’s payment networks and consumer protection in the financial sector, they are simply assets and not legal tender.

Roxanne Miller is an attorney at the law firm DunnCox. roxanne.miller@dunncox.com