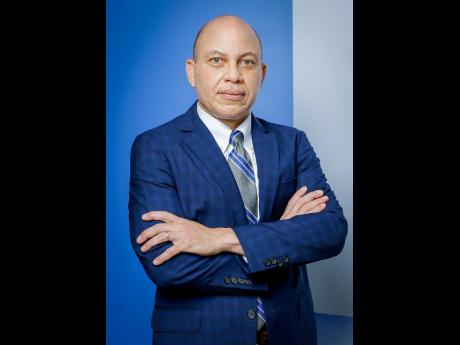 Soapmaker Blue Power Group Limited has acquired another property on Victoria Avenue in Kingston, which houses its operations.

The property spans two acres and sits across from its main office on the same street. The company plans to use the property for warehousing both for itself and third parties.

“The location is adjacent to our facility and bodes well with our expansion plan in downtown Kingston. We believe that the way that commercial trends are going, there are warehousing opportunities. It is a big piece of land, so we have a few ideas to make use of it in the medium term,” said Blue Power director Jeffrey Hall at the company’s annual general meeting last Friday.

“I am being very indirect, but it is a big enough property to allow for more than one usage,” he said.

Blue Power General Manager Lisa Kong-Lee indicated that the property was acquired from the Anglican Diocese. It sits beside St Michael’s Anglican Church on Victoria Avenue. The value of the property was not disclosed nor in the financial accounts. That’s because “the deal is still in progress”, Hall told the Financial Gleaner.

In 2018, Blue Power Group Limited purchased the properties that house its soap division, at No. 4 and No. 6 Victoria Avenue, but still leased warehouse space at 8 Victoria Avenue.

The acquisition of the new property comes within the context of a strain on the soapmaker’s revenues due to ongoing litigation. Earlier this year, Dominica Coconut Products Successors Limited sued four agencies in Jamaica and Blue Power. The Dominican company wants to restrain the Trade Administrator and the Trade Board in Jamaica from issuing Certificates of Origin to Blue Power and other soap manufacturers in respect of soap produced from soap pellets or noodles imported from outside of Caricom. Second, the suit seeks to direct the Commissioner of Customs in Jamaica and the Jamaica Customs Agency to apply a 40 per cent common external tariff on all raw material soap noodles or soap pellets imported by Blue Power and other soap manufacturers form outside of Caricom.

Blue Power said that its attorneys have filed a defence to the lawsuit.

Notwithstanding the legal fight, Hall said that the company would also seek to identify new products in Jamaica, such as personal care soaps, and new markets outside of Caricom. Some of these markets reportedly include Latin America. The company will also identify ways of increasing the scope of its manufacturing in Jamaica to possibly achieve the ‘status of origin’ which would give it duty-free entry into Caricom.

“We believe that all the options are available to us and that the business is viable and profitable,” he said.

Blue Power earns its revenue primarily from local soap sales, which accounts for about 80 per cent of revenue. The rest is earned from overseas markets.

For the quarter ending July 2021, the company earned total revenue of $116 million, or 23 per cent less than the $150 million a year earlier. Blue Power said the main contributor to the decline was the suspension of exports to Caricom. Its profit from operations totalled $8 million, down from $21 million in the previous year, a decline of nearly two-thirds.

Blue Power’s capital or net book value rose to $1.3 billion, from $976.7 million a year earlier, due to the appreciation of its investments portfolio, which now equates to half of its total capital. The main investment is its stake in construction material supplier Lumber Depot Limited, which was demerged from the group and thereafter listed on The Jamaica Stock Exchange in December 2019. The company’s 114 million units in Lumber Depot was valued at $120 million a year ago, but the movement of the stock price has tripled its value to $342 million up to last Friday.