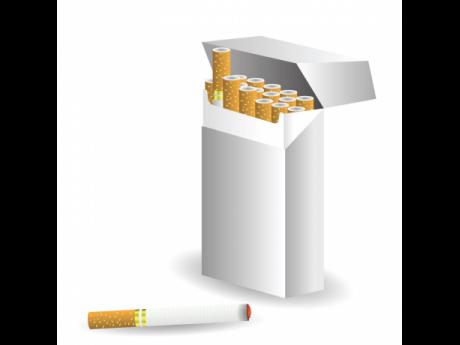 Cigarette trader Carreras Limited will tell shareholders at their upcoming annual general meeting that its outlook on business remains positive as its sales are largely resistant to COVID-19 lockdowns.

“It was agreed that while these [COVID-19-mitigation] measures persisted, our portfolio could be affected, mainly driven by the restrictions imposed on restaurants, bars and mass entertainment gatherings, which account for 5.0 per cent of our total sales,” the company noted in its newly released annual report.

That five per cent would translate to $700 million of vulnerable revenue, based on the $14 billion in annual sales Carreras reported for year ending March 2021, Financial Gleaner calculations indicate. The company added that restrictions were at their most intensive during May 2020, but has since been relaxed significantly.

The company added a caveat, however, that without an uptick in vaccinations, the reimposition of stiff physical-distancing measures is likely — the implication being that it would negatively impact the economic recovery and, consequently, spending power.

The Bank of Jamaica forecasts that the Jamaican economy will grow within a range of 7.0 to 10 per cent this fiscal year.

“The other major variable that could derail this target is the vaccination rate in Jamaica, as low levels of inoculation could result in the Government being forced to re-instate the restrictions as seen in February and March, which can significantly reduce economic activity,” said Carreras. “However, we expect as the COVID-19 vaccines become more widely available, business and consumer confidence will increase, which will give rise to a higher demand for leisure travel and leisure products.”

Driven by an increase in volume sales, Carreras generated revenue of $3.4 billion for the first quarter ending June that outperformed the year-prior period by one-quarter. Net profit rose by one-third to $862 million.

“Our main priority is the protection of people’s health and employment,” said the cigarette distributor regarding the deadly COVID-19 pandemic.

For year ending March 2021, Carreras generated $13.97 billion of revenue, down slightly from $14.12 billion the previous year. Profit for the year amounted to $3.7 billion, or 77 per share, up from $3.58 billion, or 73.8 cents per share, in the prior period. The company paid out dividends of $3.4 billion in the past financial financial.