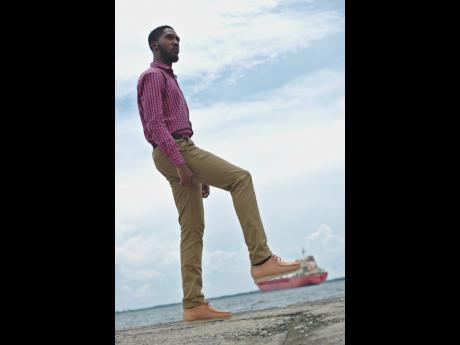 The sales of British shoe company Clarks Limited, currently being promoted within the dancehall culture, dropped by nearly half, or £575 million ($115 billion in Jamaican currency), when compared to pre-pandemic levels, according to financials released this week by the private company.

The drop in sales shows the COVID-19 economic impact on the brand, seen as losing favour in parts of the world, despite its seemingly stable appeal in Jamaica.

“Being a global footwear retailer with a seasonally driven business model, the impact of COVID-19 in the year was immediate, given the reduced demand,” said the seller of the nearly 200-year-old brand.

Post its 2021 year-end results, Clarks recently launched a campaign with Jamaican dancehall stars and other icons, aimed at selling more Wallabees, Deserts and Bank Robbers – the proverbial walking soundtrack of reggae and dancehall. Sales over 12 months ending January 2021 are down 43 per cent relative to 2020 levels, and 47 per cent compared to pre-pandemic levels.

Clarks cited the pandemic as the main cause of the £575-million sale decline. However, in the past it has cited changing trends as the reason, with customers pivoting towards Nike, Adidas, Timberland and other brands. Nike sales are up 5.0 per cent compared to pre-pandemic levels, but Adidas sales are down 14 per cent due to pandemic-related issues, based on the financials of these publicly traded companies.

In February, Clarks CEO Giorgio Presca abruptly exited the company. The company’s report details a messy situation with “£500,000 of costs associated with the legal support and tribunal hearing associated with the departure of the previous CEO”. The report did not indicate any reference to a new CEO.

The 2021 financial report indicates that company directors will continue to endorse the influencer ad campaigns to create “desire and emotional connectivity” through Clarks’ styles.

“Our strength in forging collaborations with well-known brands and icons has continued through projects with Kith, BAPF, Palm Angels, Raheem Sterling, among others,” said the report regarding influencers, which includes Jamaica-born Manchester City footballer Sterling.

The company booked a £181-million loss for its financial year, compared to a profit of £17 million in 2020. The heavy losses and new borrowings resulted in slashing the company’s net value or capital by £298 million, or 58 per cent, from £514 million a year earlier to £216 million in the review period.

Subsequently, LionRock Capital pumped £100 million into Clarks in February 2021 as part of a wider deal to acquire 51 per cent of the brand. The original Clarks owners retain the rest of the holdings.

The company in March unveiled a series of Jamaican-inspired shoes, which featured their staple designs in Jamaican flag colours. It was followed in May with the marketing campaign featuring new wave reggae artistes Koffee, Protoje, No Maddz, M1llionz, Lila Ike and Sevanna, and footballer Sterling.

Presca joined the company in 2019 with the mandate to cut costs and grow the brand, and was integral in starting the influencer campaign.

“We have lost connection with the main customers and accounts in our key wholesale markets,” he said in the company’s 2020 annual report.

The problem, as he saw it, was that most consumers lack a connection with the brand, except for cult consumers. In 2021, all major regional markets suffered heavy declines, and the company closed 124 stores, adding to the 144 it shuttered the previous year.