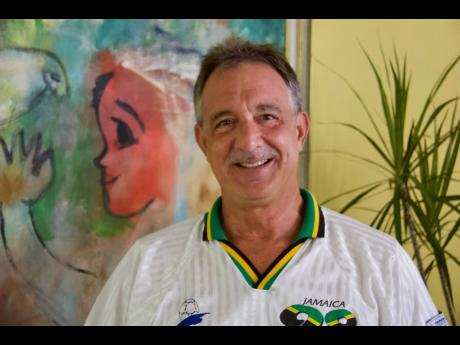 The buzz of real estate development activity taking place in the Corporate Area’s so-called Golden Triangle, one of the most sought-after neighbourhoods situated just outside the New Kingston business district and bordered by main arteries Hope,...

The buzz of real estate development activity taking place in the Corporate Area’s so-called Golden Triangle, one of the most sought-after neighbourhoods situated just outside the New Kingston business district and bordered by main arteries Hope, Old Hope Road and Trafalgar Road, is attracting a new high-value entrant to the area.

The regional office of the European Commission/European Union Delegation is to be relocated from Olivier Road in the Manor Park area of upper St Andrew, to a property at the corner of Seymour Avenue and Fairway Avenue that up to a few years ago, was partially operated as the White House Restaurant.

The location, in an area properly known as Retreat or Seymour Lands, is a stone throw from the swanky AC Marriott Kingston hotel, and near other diplomatic missions including the embassy and residence of the ambassador of the Peoples’s Republic of China and the offices of the Inter-American Development Bank.

The Golden Triangle is also home to the French Embassy, British High Commission, the high commissioner’s residence, the office of the British Council, Citibank Jamaica and Vale Royal – the official residence of the Jamaican prime minister. In the past, the residences of the Japanese ambassador and the Australian high commissioner were also located there.

For several months, extensive renovation work by Issa Construction has been taking place at the property, owned by Seven Seymour Limited, in which real estate developer Andrew Issa is a principal. Issa told the Financial Gleaner that the new leasehold tenant is set to occupy the building by March next year.

In the meantime, the property and its main feature, a near 100-year-old Georgian-style building commonly referred to as the ‘White House’, as well as other secondary buildings, are undergoing major rehabilitation. The work is expected to equip the location with environment-friendly features including solar power, rain water harvesting and grey-water recycling

Covered connecting walkways and a courtyard are also being constructed, according to Issa.

“I didn’t really want to do a high-density development. I am very mindful of the Golden Triangle Neighbourhood Association wanting to maintain the character of the area,” Issa said, noting that he has had several meetings with the GTNA and Member of Parliament for the area, Julian Robinson, about the use of the property.

Issa declined to disclose the investment in the property, but said he is committed to converting the facility into a “first-world building”. The redevelopment is being financed by Scotiabank, according to a sign erected at the property.

Seven Seymour Limited purchased the three acre-property from its former owners, the Ho-Shues, in January 2018 for US$1.35 million or the current equivalent of more than $278 million, records at the Titles Office of the National Land Agency show. The land title has notations indicating that the property is mortgaged to Scotiabank for $238 million, plus interest.

The Golden Triangle is home to several apartment and townhouse complexes, but in recent times, the construction of several multi-unit, mega high-rise condominiums in the area has come in for heavy criticism from the GTNA.

The association has been appealing to the government for a rezoning of the area and other planning regulations to limit the large high-rise constructions. Those buildings are being blamed for limiting airflow, depriving other residents of privacy, and potentially contributing to parking and traffic problems, as well as possibly being a burden on utilities such as water supply and sewerage systems.

Recently built high-rises in the Golden Triangle include Guardian Life’s 66-unit The Hampshire and The Cambridge, comprising 176 apartments that are still under construction. Proven REIT is putting up the 99-unit VIA and is majority owner of the multi-storey Gladstone Commercial complex, which is under construction at Lady Musgrave Road.

Another multi-story building that appears to be a commercial complex, is also being constructed by STEPHCO Development at the corner of Old Hope Road and Fairway Avenue on lands owned by STEPMATH Limited.

STEPHCO Development and STEPMATH principal Errol Duhaney was not available for comment. No comment was forthcoming from GTNA up to press time.