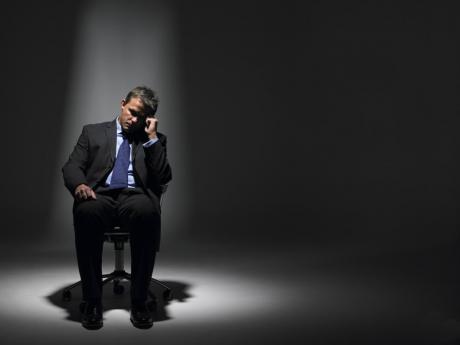 As a company leader, you are probably interested in employees doing their best work. But most new staff members quickly lose the inspiration they had on their first day. How can you intervene so that precious employee motivation doesn’t get lost so soon?

An old man woke up one morning to the sound of stones hitting his zinc roof. He ran out to see a bunch of kids running away, laughing as he shook his fist and shouted at them to leave him alone. After several episodes in a row, he drew them into a conversation, from a distance: “Come stone my roof tomorrow and I’ll give you each some money.”

The following morning, they each received $100 for their antics. But he apologised. He could only afford $50 to repeat their performance. Deciding it was still a bargain, they returned the next day and collected their payment from the obviously senile senior citizen.

Shaking his head, he said: “There’s so many of you; I can only pay you $1 tomorrow.”

“That’s all? Cheapskate. Forget it!” they complained as they stalked away for good.

While the old man was a master manipulator, there are managers who unwittingly produce the same result. Their employees start out being ‘transcendent’, but end up stuck in a tit-for-tat. The only difference is that everyone is unhappy with the outcome. Here’s why this happens.

Most employees are naturally motivated at the outset of a new job. When asked to give discretionary time and effort, they are often quite willing to do so. They are inspired.

Unfortunately, it doesn’t last, but it’s not because of the circumstances. The transcendent state they initially enjoyed is one they can’t manage for very long. In other words, they are unable to explain why they feel the way they do. Also, they don’t identify the drivers of their positivity, fail to intervene when it slips away, and sometimes even regret that initial burst of motivation.

And most company cultures are unhelpful.

They don’t foster transcendent ways of being, let alone act to keep them alive. Toxic employees attack them with open cynicism. Those who are too happy have obviously ‘drank the kool-aid’ – a reference to the suicidal Jim Jones cult.

In other words, companies allow this precious resource to fritter away as if it weren’t important. However, it’s actually critical.

In fact, most organisations do a good job of promoting staff to the executive suite, where transcendence is the norm.

Unfortunately, top leaders take their own motivation for granted. They also don’t realise that as they rose in the corporate ranks, they left the demotivated behind. They no longer had to contend with the most embittered. Their amnesia leaves them unaware of the battle new employees face, made worse by a lack of help from their direct managers.

Even though leaders may be transcendent, few have the ability to inspire their troops to extraordinary actions. Instead, the average manager devolves into a tit-for-tat: No one does anything if they aren’t being paid.

While there’s abundant evidence this thinking is flawed, they cling to this explanation. It’s the ultimate escape from responsibility because there isn’t an organisation on earth with enough ‘tit’, that is, cash, to induce a meaningful ‘tat’, that is, a transcendent culture. Why? Research shows that apart from short, physical activities, more pay does not produce motivated behaviour.

In other words, ineffective managers surrender, then blame their staff. But is there an alternative?

The fact is that transcendent cultures do exist. The best interventions take place before the slip begins. Organisations can train employees to work with their habits of thought that often turn a dip into a landslide.

Eastern philosophies teach that joy is inside all of us. Unfortunately, its presence fades as we pick up defects in our thinking patterns.

However, mystics also argue that transcendence is merely a transformation away. If taught, we can learn how to become like the old man in the story: someone who coaxes a change with the right dialogue. In other words, we can pick up the kind of self-talk which transforms and returns us to a transcendent experience at will.

There are a number of effective methods to try, including affirmations, meditation, and journalling. More advanced approaches require fresh mental models picked up from coaches, books and therapists. For more than a decade, I have used The Work of Byron Katie.

The startling realisation is that most organisations offer nothing at all. If they were to start, they would probably see that the high motivation present in the probationary stages never goes away completely. They just need to invest in helping staff remove the obstacles.