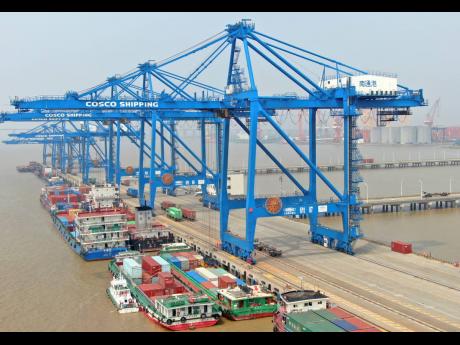 AP
In this aerial photo, container ships are docked at a port on the Yangtze River in Nantong in eastern China’s Jiangsu province on September 6, 2021. 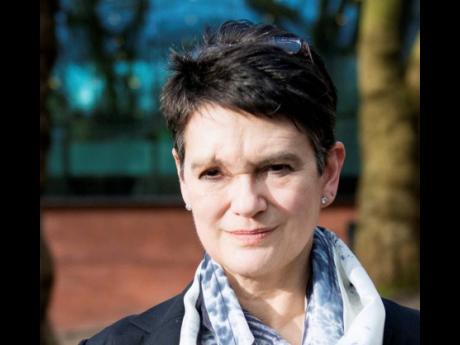 I n the period leading up to the 2008 global financial crisis, a few prescient voices warned of potentially catastrophic systemic instability.

In a famous 2005 speech, Raghuram G. Rajan explicitly cautioned that although structural and technological changes meant that the financial system was theoretically diversifying risk better than ever before, it might in practice be concentrating risk. At the time, Rajan was mocked; former US Treasury Secretary Larry Summers was not alone in thinking him a “Luddite”.

This episode comes to mind because of the widespread shortages emerging around the world. Markets for gas, truck drivers, carbon dioxide (extraordinarily), toys, ready-to-assemble furniture, iPhones, computer chips, and much else have been affected.

Will these supply shocks prove merely a temporary disruption as the global economy recovers from the impact of the COVID-19 pandemic? Or are we instead witnessing a meltdown of the global production system? And in the latter case, what would be the supply chain equivalent of leading central banks’ interventions to prevent a global financial collapse in 2008?

The parallels between today’s supply shocks and the 2008 financial shocks are striking. Prior to each crisis, the prevailing assumption had been that decentralised markets would provide adequate resilience, whether by spreading financial risks or ensuring a diversity of alternative supplies.

In the energy sector, for example, there has been a steady shift away from national self-sufficiency toward reliance on global markets. The European Union started the ‘liberalisation’ process in 2008, enabling new competition in gas and electricity in what was intended to be an EU-wide market. Although some had previously expressed concerns about the implications for security of supply, policymakers pressed ahead with legislation to entrust European economies’ energy imports to global markets.

But most analysts – and policymakers – failed to anticipate that the global markets for gas and many other commodities would turn out to have bottlenecks or gatekeepers.

The supposed diversification of supply resulting from liberalisation frequently seems to be illusory. For many products, including semiconductors or CO2 (a fertiliser by-product) for food processing, supplies have become more concentrated. And the splitting of global production chains into ever more specialised links over several decades has led to unexpectedly close correlations between supply shocks in different industries, as with fertiliser and food or semiconductors and cars.

In addition, some shortages – such as those of truck drivers and shipping containers, or gasolene in the United Kingdom – directly affect the logistics connecting the links in supply chains. As a result, vulnerabilities have rapidly become mutually reinforcing and self-amplifying. The global production system’s highly specialised, just-in-time design delivered substantial benefits, but its weaknesses are now evidently greater.

So, how should policymakers think about this lack of system resilience, and what can be done to counter it? Northwestern University’s Benjamin Golub has shown that queuing theory offers insights into how a small change in a well-functioning system, such as cutting two supermarket checkout lanes down to one, can lead to huge increases in wait times. Conversely, introducing a little slack into a system adds a lot of resilience.

Likewise, the classic cobweb model shows how time lags can destabilise markets and trigger large fluctuations in demand and supply. If demand is less responsive than supply to price signals, and expectations about the future prove incorrect, then a delay in suppliers’ responses drives volatility.

W. Brian Arthur’s famous El Farol Bar problem, which combines decisions made over time and the need to form expectations, produces a similarly unstable outcome. And as McKinsey & Company’s Tera Allas has pointed out, system dynamics was invented to think about supply chains as complex, non-linear, dynamic systems.

So, there are plenty of mental models for understanding the current shortage problem. The pressing challenge is how to restore stability and ease the shortages, so that people are not facing a holiday season with no toys, turkeys, or gas.

A top priority is to have better data and better business intelligence in government. Even after 30 years of globalisation, there is astonishingly little detailed, publicly available information on product flows in global supply chains. Ministries need to restore the kind of engineering-based industry knowledge that was more common back when industrial policy was considered a key government function.

But in the short term, decentralised markets and price signals are the problem, not the solution. Governments will need to step in – whether by deploying soldiers to drive gasolene tankers or providing production subsidies – to mitigate some of the shortages.

When the immediate supply concerns abate, firms and policymakers must consider what kind of insurance or slack they should build into the production system over the longer term.

Just as banks needed to increase their equity buffers after 2008, we perhaps now need to step back from just-in-time production and redefine productivity in light of supply chain risks.

Diane Coyle, Professor of Public Policy at the University of Cambridge, is the author, most recently, of Markets, State, and People: Economics for Public Policy.