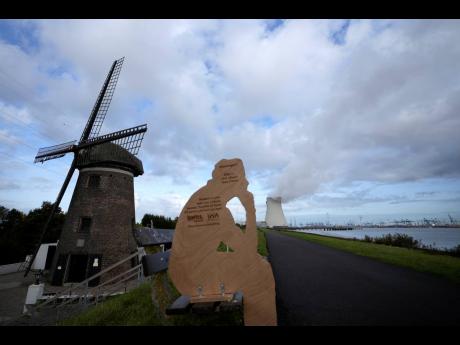 AP
In this October 11, 2021 photo, steam billows from a nuclear power plant next to an old windmill in Doel, Belgium.

European Union ministers on Tuesday held emergency talks focused on energy that did not produce immediate results amid deep divergences between the 27 member countries on how to tackle a crunch that has seen consumers’ bills skyrocket this year.

The wave of price hikes is not set to abate before next spring, and ministers discussed a set of short-term measures that have been put forward by the European Commission to help consumers and businesses weather the shock.

The main reason behind the sharp spike is increased global demand for energy, and gas in particular. According to EU officials, gas prices in Europe have increased by more than 170 per cent since the start of the year.

Although most member states agree tax cuts, state aid and other measures put forward by the EU’s executive arm to help households and businesses are beneficial to bring immediate relief, they diverge on the long-term approach.

A line has been drawn between the countries calling for a thorough and structural reform of the bloc’s energy market – among them France and Spain – and those who believe the crisis is only temporary and does not require radical market changes.

Nine European Union countries, including heavyweight Germany, have joined forces to say they will not support an overhaul of the electricity market.

Luxembourg, Austria, Germany, Denmark, Estonia, Finland, Ireland, Latvia, and the Netherlands said transparent and competitive markets are what guarantee better prices for users. They called for the deployment of renewable energy sources and “further interconnection.”

“The current functioning of the electricity market in Europe for retail prices has reached its limits,” said Emmanuelle Wargon, the delegate minister to the French minister of ecological transition. “It is absolutely essential that the prices faced by end consumers should reflect the energy mix.”

Spain also has proposed setting up a joint program for obtaining gas reserves, but the idea has not gained much support so far. Europe depends heavily on imported gas, mainly from Russia.

Poland suggested that Russia has tried to use gas as a political weapon by holding back supplies. The European Commission says Russia’s Gazprom has honoured its long-term contracts but has not responded to higher demand for additional supply as it did in previous years.

“From our side, we are monitoring what is happening on the gas market,” Kadri Simson, the EU commissioner for energy, said after the meeting. “The commission competition department has begun collecting evidence about market behaviour of main gas suppliers in the view of detecting any anti-competitive behaviour on the energy market.”

In addition, EU countries have asked the commission to look into the bloc’s emissions trading program, which has companies pay for carbon dioxide they emit. The aim is to check whether manipulation of the market could have influenced carbon price increases.

Longer term, the commission wants the EU to prepare for a repeat of such price shocks by accelerating investment in renewable energy sources and developing energy storage capacity.

Slovenia’s minister for infrastructure, Jernej Vrtovec, whose country holds the rotating presidency of the European Council, said the crunch is an opportunity to strengthen the transition to renewables and a low-carbon economy.

He noted that many member states see nuclear energy as a tool toward further energy independence and climate goals.

The energy squeeze has reignited a debate about whether the EU should promote nuclear power projects as a way of becoming more energy independent. The bloc has yet to decide whether nuclear can be included in the so-called taxonomy, a classification system attempting to define what economic activities can qualify for sustainable investment while avoiding “greenwashing”.

France recently asked for the inclusion of nuclear power in the framework by the end of the year, leading the charge with nine other EU countries. The group faces strong opposition from Germany and other countries that want nuclear power to be ineligible for green financing.

Campaign group Friends of the Earth Europe said after the meeting that ministers showed “a complete lack of urgency” by failing to agree on joint actions.