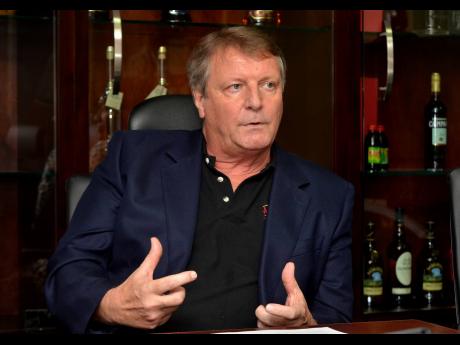 Jamaica also outperformed many of the markets within the Campari Group, with “strong performances” from brands Wray & Nephew Overproof, Campari, Appleton Estate and Magnum Tonic, “thanks to a sustained off-premise performance and the continued recovery of the on-premise driven by both domestic trade, but also thanks to international tourism recovery”, the Italian company said.

Off-premise drinking usually refers to liquor purchased at places such as supermarkets and consumed elsewhere, while on-premise refers to bars and restaurants where the product can be and is usually consumed on-site.

JWN nine-month sales improved 22 per cent relative to the 2020 period and 25 per cent over the 2019 pre-pandemic period.

In 2020, local sales took a hit due to closures of entertainment spots and reduced activity in the tourism and travel market. Nine-month sales at the time dipped 7.6 per cent to €61.6 million.

Jamaica has contributed five per cent to global sales for the group, so far this year, amid a rise in JWN Jamaican rum exports, which was driven by consumption in the United States, Canada and the United Kingdom.