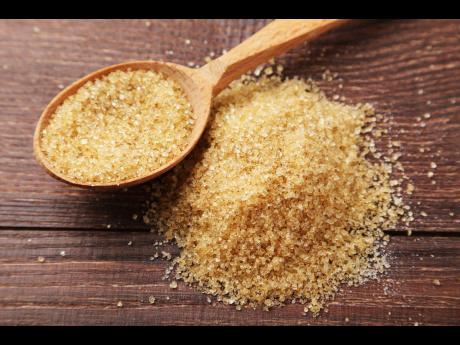 The Sugar Association of the Caribbean, SAC, the umbrella group representing sugar producers in Jamaica, Guyana, Belize and Barbados, is expressing satisfaction with deliberations within the Caricom Council for Trade and Economic Development, COTED, that have led to an agreement on the terms of reference for the monitoring mechanism for sugar, MMS.

Settlement of the terms for the monitoring mechanism that will put in arrangements to ensure the improved and timely flow of information to regional producers and users on of the commodity, about the real time supply and demand for sugar, was the latest hurdle scaled by regional sugar producers who, for years, have been fighting for greater policy protection from cheap sugar imports into regional markets.

The Caricom sugar body is expected to be activated with an inaugural meeting scheduled for “before the end of the year or soon thereafter”, after its operating procedures were agreed at the October 12 meeting of the COTED, which is normally comprised of trade ministers of the 15 Caricom member countries.

“When the MMS is established and implemented, it aims to ensure (that) where extra-regional imports of refined sugar are being contemplated, regional producers are given the opportunity to prove that they are able to supply the quantities and specifications required as indicated through an application to the COTED,” SAC said in a statement.

It explained that only where regional sugar producers are unable to supply the product and insufficient quantities to meet the demand will member states be authorised to exempt extra-regional suppliers from the payment of a 40 per cent duty, dubbed the common external tariff, or CET.

The SAC is taking the development in respect of the MMS’s terms of reference as a signal that Caricom sugar manufacturers and exporters will be able to sell more of their products and invest the substantial amounts of capital needed to modernise their largely aged operations. It should, in the view of the SAC, also encourage more producers to get into the refinement of sugar, where refinement is not now done, to capture a larger share of the market for white sugar, which is used mainly for manufacturing products such as sodas, other drinks and large-scale baking.

“This decision is another key incentive for regional producers to continue investment in value-added products, with the confidence that they will have a home in their own regional market,” according to the SAC statement.

Regional sugar producers, however, are not yet at the end of their advocacy for greater fairness and adherence to Caricom rules in the regional sugar industry. Its members are scheduled to meet next month, “to harmonise next steps to maximise the benefits of the greater intra-regional market access for locally produced sugar”, the SAC pointed out.

The SAC chairman, Jamaican Karl James, was not available to respond to Financial Gleaner queries about the state of the regional market and to provide an update on sugar manufacturing plant modernisation and expansion activities in the sugar-producing countries.

Two years ago, Caricom sugar producers celebrated another win in their years-long advocacy, when the COTED accepted a Caribbean Development Bank-funded technical study that settled in the affirmative an age-old debate over whether the version of white sugar produced only in Belize at the time met the standard to be used in manufacturing processes.

The study found that plantation white sugar can be used to replace refined sugar and, in fact, is being used in manufacturing processes within Caricom and elsewhere in the world, a finding that changed the tone of a long-running trade dispute involving Caricom sugar producers and sugar-using manufacturers of variety of products.