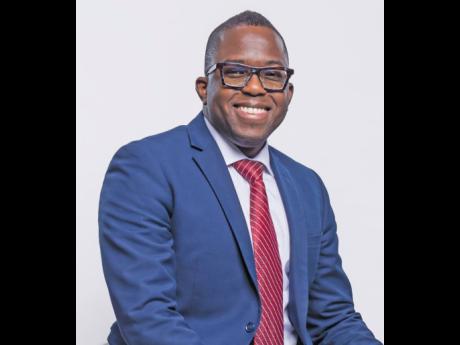 On the heels of an endorsement of its portfolio company Barita Investments Limited by the Trinidad and Tobago finance minister, Colm Imbert, investment holding company Cornerstone is commenting for the first time on its relationship with...

On the heels of an endorsement of its portfolio company Barita Investments Limited by the Trinidad and Tobago finance minister, Colm Imbert, investment holding company Cornerstone is commenting for the first time on its relationship with Trinidadian bank First Citizens and the issue of a loan from that institution to the company, the parent of which is Jamaican.

The loan by the Trinidadian government-owned financial institution, reported to amount to US$25 million, has been criticised by the parliamentary opposition in the twin-island republic.

“It would appear that the shares of Cornerstone Financial Holdings Limited, CFHL, currently held in Barita Investments Limited, may have been used as collateral to secure the US$25 million. Why did FCB choose to lend some US$25 million to an offshore company?” Opposition Senate Minority Leader Wade Mark asked while speaking in the Upper Chamber of T&T’s bicameral parliament last week.

Cornerstone executives have not denied or confirmed outright that the credit facility was extended, neither have they commented on the amount made public, but have sought instead, to place such an activity in the context of normal business activity.

“Banks issuing loans to businesses is normal course activity. Cornerstone Financial Holdings Limited has several tier-one, multinational banking partners who have extended a wide range of banking services to CFHL, including the granting of credit facilities. There are regional and international banks who have conducted robust credit assessment and other due diligence on CFHL, in line with best practices and their established internal guidelines, and found it fit to extend credit facilities to the company over the years,” Cornerstone’s Chief Investment Officer Jason Chambers told the Financial Gleaner this week.

Chambers said there is nothing unusual about Cornerstone receiving loans from a bank with which it does business.

Cornerstone lists as its near-term focus, the creation of an integrated group of financial services companies providing investment and other financial products to commercial and retail markets in Jamaica and the Caribbean, with capabilities to do business and access capital markets globally. Industry sources point out that in additional to equity capital from its owners, borrowings would be necessary as the company structures deals to achieve its goals. The company is believed to do business, including holding loans, with several financial institutions in the Caribbean.

Cornerstone has said publicly that its long-term investment horizon includes “a wide range of portfolio companies to optimise risk-adjusted returns from diverse investments across industries and the Caribbean”.

After Cornerstone, which owns roughly three-quarters of Barita, FCB, through its affiliate First Citizens Investment Services Limited, FCIS, owned 6.1 per cent of the Jamaican firm prior to its APO in September. Through a recent reorganisation, both FCB and FCIS are now subsidiaries of First Citizens Group Financial Holding Company. The Jamaica government-operated pension fund manager National Insurance Fund was the fifth-largest shareholder in Barita, up to September, owning 0.75 per cent of the company.

Barita executives declined to comment on the details of the APO allocation and would not be drawn on suggestions that FCB bought additional shares in the stock brokerage firm during the most recent offer.

“We cannot comment on any particular client’s participation in the Barita APO, as doing so would breach our duty respecting the confidentiality of client information. Having said that, we can confirm that we continue to deepen our partnerships across the region and in doing so, facilitate continued foreign direct investments into Jamaica,” Chambers said, suggesting, in fact, that its Cornerstone’s Jamaican businesses continued to attract investment from outside the country.

Cornerstone, said to be owned, backed and financed by a consortium of Caribbean business leaders, is governed by a board chaired by Jamaican businessman Mark Myers and led at the executive level by President and CEO Paul Simpson, a Jamaican investment banker, who is also deputy chairman of the Cornerstone parent company.

While the Trinidad finance minister made no mention of the loan issue on a recent presentation in the country’s Senate debate on the 2022 budget, he made clear that both Cornerstone and Barita enjoyed the confidence of the government, and that the opposition’s alarm raised over the country’s investments in Barita and commercial dealings with Cornerstone were without merit.

He pitched the government bank’s transactions with the Jamaica-based entities and their affiliates in the context of business expansion and investments in the Caricom region.

“I want to congratulate FCB for its investment in Barita. I want to encourage FCB to continue to invest in the region, as I also do encourage all of our Caricom partners to invest in Trinidad and Tobago,” Imbert said.

He added that FCB was diversifying and investing outside T&T with the full support of the government, having already earned TT$130 million on a TT$260-million investment in Barita in just two years.