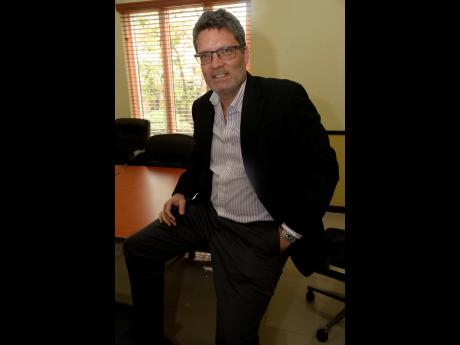 BCMG Insurance Brokers Limited is among the newest intermediaries in the Jamaican insurance marketplace, but the company, born of the July 1 merger of once-rival insurance brokers Billy Craig and MGI, has many years in the business, a formidable portfolio and strengthened asset base under its belt.

The merger places the new company in a position to capitalise on the partnership network that 58-year-old Billy Craig Insurance has built across the Caribbean, to scope out an even bigger share of the local and regional insurance brokerage business, its principals say.

Billy Craig Insurance has been for many years the official correspondent in Jamaica for Aon PLC, the London-based global professional services company that provides risk, retirement and health insurance consulting for mainly large multinational companies operating in several countries. That arrangement will continue with BCMG.

“We had been looking at opportunities over many years. Discussions began in earnest in 2019, because we recognised the similarities in the operational culture of both organisations. We felt that together we could achieve our goals of becoming a larger regional broker,” William Craig, BCMG’s executive chairman, told the Financial Gleaner in a joint interview with Thomas Smith, the company’s CEO.

“Having culminated this deal successfully, we would be excited about any opportunity that comes forth within Jamaica and regionally,” Craig, the former CEO of Billy Craig Insurance Brokers, said about the prospect of landing licensed brokerage business elsewhere in the region.

The principals are pointing to the amalgamation of technical skills, which, in their view, creates greater risk management and other capabilities, as well as puts the new company in an advantageous position to offer its largely corporate clientèle a better suite of services than its competing brokers. Even as its leadership remains coy on divulging details of the planned new market strategy and are holding new product ideas close to their chests, BCMG, they say, is looking at bringing nothing short of a revolution to the insurance intermediary business in terms of new products and services.

Changes in the marketplace, over time, recommended the merger, Smith, MGI’s former CEO noted, adding that the need for the merged businesses to remain on the cutting edge of service provision, made the coming together a clear imperative.

“The two brokerages had a similar profile prior to the merger, in that we both concentrated on our corporate business, which provided 70 to 80 per cent of our revenues, and we controlled quite a bit of the Jamaican private-sector insurance business. Literally every day, the landscape is developing on us, and insurance products, risk management tools and all the other critical areas of managing a business are things that constantly need reviewing and updating,” Smith said.

The BCMG CEO added that moving quickly to provide more modern coverages required by clients was a challenge that the merger will solve, while providing the opportunity for growth. Smith did not elaborate on the new insurance products on which he said the company would focus to drive revenues.

Meanwhile, the route of incorporating a new company, rather than an acquisition, is among the reasons for the one year between the inking the merger agreement in October last year and final approval earlier this year by insurance regulator Financial Services Commission, FSC.

“Maybe it had more to do with the structure that we chose. We chose to form a new entity rather than merge the portfolio of one entity into the other, which may have been quicker. The FSC had to put us through the entire process for a brand new insurance broker,” Craig explained.

As the larger outfit in the merger, bringing a larger portfolio of some 1,000 clients and more assets to the business, Billy Craig Insurance, which had its genesis as a Montego Bay-based family-owned business, controls just approximately 67 per cent of BCMG, with around 33 per cent being owned by MGI, incorporation records at the Companies Office of Jamaica indicate.

The directors of the company, which was incorporated in September 2020, are Craig, Smith, Montego Bay-based businessmen Stephen Dear and Ian Miller, as well as Jeffrey Ziadie, who has replaced his father, Errol Ziadie – Smith’s former partner in MGI – who died last year. Kimm Daley, MGI’s former company secretary, serves in that capacity for the new entity.

Craig and Smith said their roles as executive chairman and CEO, respectively, had been adequately thought through and documented in the merger talks leading to the October 2020 agreement.

“That was key to the success of the merger, and our roles are critical in taking the organisation forward. We have a good understanding of how each will function, utilising the strengths of each person,” Smith noted.

The merger is not intended to result in any retrenchment of the 75 staff at the two companies. Peter Walker, who was head of brokering operations at Billy Craig Insurance, and Kimm Daley, former general manager at MGI, have taken on the new designation of vice-presidents of BCMG.

Offices which housed Billy Craig Insurance in Montego Bay and at Seaview Avenue in Kingston, and MGI at Ripon Road in the Corporate Area, will continue to accommodate the operations of BCMG. Rather than acquiring real estate, technology that gives clients the ability to claim entirely online, as well as revenue generation, are the company’s chief areas of focus, its principals say.