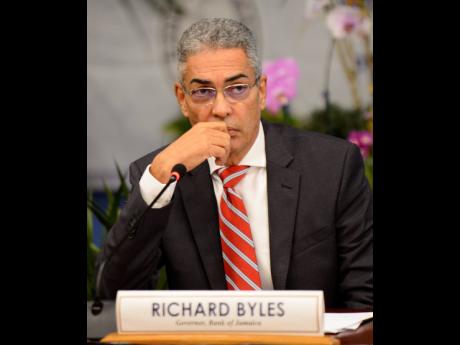 With October’s inflation outturn of 8.5 per cent more than doubling since April this year when price increases undershot the six per cent upper limit of the inflation target range for a third consecutive month, the central bank is doubling down on its early monetary policy move to hike the policy interest rate for a second time in two months, with the promise of more increases to come.

For Bank of Jamaica, BOJ, its new-found core mandate of fighting inflation is a legislated priority which it takes seriously. It is also acutely aware, it says, of what it sees as the country’s history of sustained high levels of inflation.

The policy rate came down over decades from dizzying heights of nearly 50 per cent in the mid-1990s to a record low of 0.5 per cent. But was increased at the end of September to 1.5 per cent and further to 2.0 per cent on Wednesday, November 17.

“Low and stable inflation are engrained in the American economy, business culture and the public psyche. In Jamaica that is not the case. Actually, it’s the opposite. Save and except for the last five to seven years, we’ve had a history of very high inflation that has been very destabilising to growth. In Jamaica, we have a lot to protect, much more than in the United States, in the sense that our history is more one of inflation than one of stability of prices,” BOJ Governor Richard Byles said at his quarterly media briefing on Friday as he explained the latest move by the bank’s Monetary Policy Committee, MPC.

He made clear the central bank’s preference to be pre-emptive than late in its strikes against inflation.

“Memories are short but we can just as quickly get back into a cycle of upping prices and wages to the point where it gets out of control. It is better that Bank of Jamaica moves early and try to cut down on inflation expectation than for us to be late and find it much harder or impossible to retrieve price stability. I would rather be criticised for moving early rather than for moving late and losing the game,” the central bank head declared.

Looking through these lenses, Byles noted, the Jamaican central bank does not have the luxury of adopting the wait-and-see approach of the central monetary authorities of big economies, including the United States, Britain and the eurozone. Despite giving repeated signals that they are about to do so, monetary policy institutions in these economic titans are yet to yank the interest rate chain despite significant price rises so far this year that have in some cases more than doubled their targets.

Rather than being aggressive, the BOJ regards as “measured” its action of tacking on 150 basis points to the pre-pandemic 0.5 per cent rate that held since August 2019.

“This measured approach to monetary policy adjustment is consistent with international best practices and is designed to ensure that in the context of the recovering economy, the bank deploys the least possible disruptive policy adjustment to achieve its objective. It is important to emphasise that at current levels, real interest rates remain negative and are a significant impetus to economic growth,” Byles said.

While conceding that international drivers of inflation, namely supply chain disruptions, oil prices and other commodity costs, have persisted stubbornly beyond the initial estimation of the central bank’s economic forecasters and that of economists around the world, the real problem area which the BOJ is keen on tamping down appears to be inflation expectations within the country.

“The outlook for inflation over the next two years, while being initially affected by external shocks and from rising international commodity and shipping prices, is also at risk from rising inflation expectations. Bank of Jamaica’s policy action to further reduce monetary accommodation continues to be aimed at controlling this rise in inflation expectations and influencing a return of inflation to our target as soon as possible,” the BOJ Governor said.

The last time the policy rate was adjusted as high as 2.0 per cent was in June 2018. It could be heading higher if the sharp climb of price increases from 3.8 per cent in April to 8.5 per cent in October persists, as the central bank expects that it will.

“Going forward, the MPC anticipates that annualised consumer price inflation will continue to breach the upper limit of the bank’s target range over the next 10 months between November of this year and August of next year, and is projected to peak in the range of 8.0 to 9.0 per cent over this period,” Byles explained.