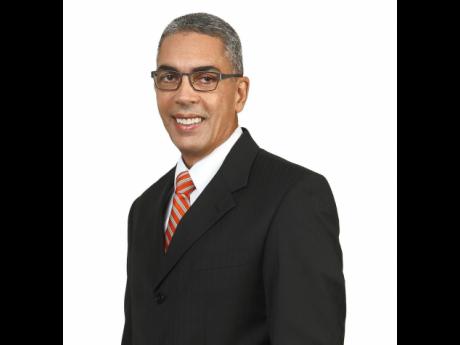 Governor of the Bank of Jamaica, Richard Byles.

Bank of the Jamaica, BOJ, which houses the prime contact office that spearheads Jamaica efforts to bring the country’s laws in line with the global regime on anti-money laundering and countering the financing of terrorism, or AML/CFT, regime, has taken the lead in coordinating consultations aimed at bringing real estate developers in line with the legal framework that already covers dealers who buy and sell property.

The exclusion of land development, which has been found to hold significant AML/CFT risks, is among several issues the central bank is describing as “sticky” and that will result in a delay of the January 2022 timeline for Jamaica to resolve outstanding issues on the country’s action plan agreed with the Financial Action Task Force, FATF, that monitors AML/CFT compliance around the world.

Jamaica continues to be greylisted by FATF for non-compliance with the global AML/CFT regime.

BOJ Deputy Governor for Financial Institutions Supervision, Maurene Simms, is reporting that work is completed or advanced on most of the 13 items on the action list. However, the early stages of talks with stakeholders on the real estate issue, as well as the likely mid-next year hearing of an appeal to the United Kingdom Privy Council on the running dispute over the Jamaican government’s attempts to bring lawyers within the regime, will see the action plan deadline having to be pushed back.

“A couple (of the issues) are sticky and that may need additional time beyond 2022 to complete. I refer specifically to the amendments to the Companies Act,” Simms said in response to questions from the Financial Gleaner during a recent press conference.

She noted that while a key item – a national risk assessment – was completed in August, that body of work uncovered a number of risks posed by the real estate sector that will take some time to be addressed.

“We saw risks emanating from that sector, primarily around capacity or lack of transparency around the funding for real estate developments. The data to analyse or assess how most of those developments were being done was not readily available, and so, because of that, and the nature of money laundering, because real estate is a high-value asset, we need to do more work in Jamaica to better understand the risks around real estate development and to put in place mitigants to address those risks,” Simms said, endorsing comments from the International Monetary Fund, which has called on Jamaica to do more to eliminate AML/CFT risks.

“We will have to meet with the various ministries and agencies that are involved in that process, and we need to come up with a concept paper as to how best to treat with that risk that we see emanating from the real estate sector, specifically in the development side of those operations,” according to the central banker.

Finance Minister Dr Nigel Clarke, she said, is on board with the steps being taken, and the minister with responsibility for housing, Pearnel Charles Jr, has been written to, to enlist that ministry’s involvement. A meeting of stakeholders is being planned and a discussion paper is to be developed, Simms said.

At the November 19 press conference, called primarily to provide an update on the economy and discuss measures taken by the BOJ to halt rising inflation, central bank Governor Richard Byles suggested that BOJ policy actions, inclusive of recent interest rate increases, are having the desired effect of dampening demand for foreign currency and keeping exchange rate depreciation in check, even as inflation has been breaching its upper target range for several months.

At November 17, the exchange rate was $156.79 to US$1, reflecting a 6.1 per cent decline year-on-year, which Byles said was “broadly similar to the pace of depreciation that occurred over the same period of last year”.

At current levels, he said, BOJ regards the Jamaican dollar as “fairly valued,” with good prospects for foreign currency market stability to continue.

Figures quoted by the BOJ head, however, showed an increase in the daily purchases and sales of US dollars by authorised dealers and cambios so far this year over the comparative period last year. Purchases this year averaged approximately US$36 million, higher than the average of US$31 million recorded over the corresponding period last year. Daily sales to end users over the same period averaged US$35 million, above the $27 million recorded a year earlier. Meanwhile, the central bank’s forex market interventions so far this year amounted to US$675.4 million to the end of October.

Providing an overview of the financial sector, the central bank governor said the balance sheet of deposit-taking institutions remained robust, adequately capitalised, and in compliance with prudent liquidity standards.

Loan growth has slowed even before two policy rate increases since October were priced into lending rates, according to figures released by the central bank.

“The pace of loan growth, while remaining positive, has continued to slow due to the moderating impact of the pandemic. The stock of private-sector loans and advances recorded year-on-year growth of 7.9 per cent at August 2021, compared to growth of 16.5 per cent at February 2020 (prior to the crisis). At the same time, non-performing loans remain well below our threshold for concern and continue to be fully provided for by the system,” the BOJ reported.

Regarding the international reserves, Byles described the central bank’s holding of US$4.7 billion, at 143.8 per cent of the level considered adequate, as “healthy”, with projections for the gross reserves to continue at adequate levels over the next two years.