To develop worker housing on another property 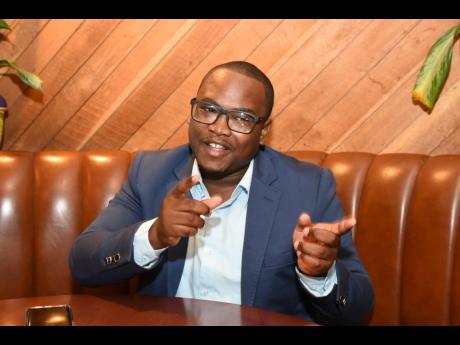 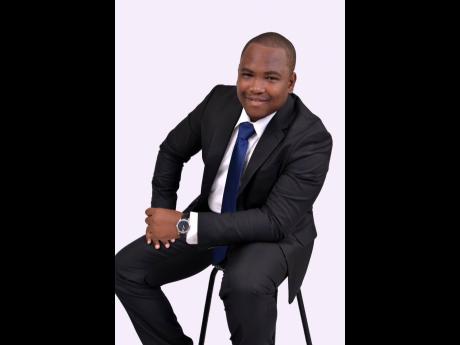 The $395-million property deal was brokered in July, with National Commercial Bank Jamaica providing a loan to finance the purchase. Advantage General, formerly known as United General Insurance, was part of the NCB Financial Group until the financial conglomerate sold the profitable general insurance business two years ago to a three-member consortium, led by Sagicor Investments Jamaica Limited.

The irony of the sizeable bank loan is not lost on Anglin, who recalls when, up to a few years ago, he had to repeatedly knock on the door of every bank in Montego Bay, seeking a loan to keep his business going and realise its growth potential.

Now with assets at $1.6 billion, Anglin Global is in talks with another bank to underwrite another acquisition. It’s doing due diligence on a property based in the New Kingston business district in capital city Kingston.

Anglin Global next intends to enter the real estate development market, specifically to provide housing for workers in the BPO, or outsourcing, sector. The investment to be made in the residential property development and the source of financing were not disclosed.

Anglin said he is in talks with Sagicor Bank, which was AGA’s first banking partner, regarding his various expansion plans.

AGA operates two locations in Kingston – at Oxford Terrace and Half-Way Tree Road – where it rents plug-and-play turnkey BPO offices that provide 1,000 BPO seats. The Oxford Terrace property, which has some 13,000 square feet over three floors, was leased by AGA a few months ago from property development and rental company First Rock, under a five-year agreement.

The newly acquired Montego Bay property, formerly known as the UGI Building, spans six floors and approximately 52,00 square feet. The building is being converted into a BPO hub for rental of finished and furnished space.

Anglin told the Financial Gleaner in an interview this week that the plan for the building involves application for a SEZ developer licence, under the special economic zone regime, come January. Potential BPO operators in the facility will also apply for SEZ operator licences.

The building, once owned by now-defunct insurance titan Mutual Life from the early 1970s until the financial sector meltdown in Jamaica of the 1990s, will continue to rent space to some current tenants, including Victoria Mutual Group, COK Sodality Credit Union, Radiology West, and some government offices. Some tenants have been given notice to quit since AGA took control of the building.

Some of Anglin Global’s successes are said to have come during the ongoing COVID-19 pandemic, when the company made a windfall selling approximately 2,000 computers, office furnishings, networking and other BPO equipment to call centre operators who were forced to establish work-from-home operations for their many staff. It was a major turnaround of a situation in which Anglin initially thought he has lost big time on a pre-pandemic decision he made to stockpile the equipment, through a big United States-based purchase, as he sought to grow the AGA footprint in Florida, where it maintains a procurement and client acquisition office.

“When the pandemic hit and uncertainty abounded as countries rushed to lock down, I thought it was going to be a financial disaster, as we had invested some US$320,000 into buying those pieces of equipment,” said Anglin, recalling the early feeling of trepidation about the expenditure.

Instead, the company made a return on the investment some five times over. he said, adding that the outcome has validated his business instincts.

Anglin Global arose in 2016 following a business setback for Anglin, whose previous ACTEC BPO operation collapsed in 2014, within months of its start-up, due to non-payment by its sole overseas-based client and a lack of working capital. The entrepreneur lost around $5 million in that debacle and, for a while, was saddled with paying off debts.

Now, with a total 112,000 square feet of BPO space from which his company collects approximately $50 million in rental income monthly, the 31-year-old businessman says the management of the large cash income is a challenge – but a good problem to have, he added.

Anglin Global now has 10 income streams, including accounting and HR services, on-boarding advice to prospective BPO operators, and the most recent addition, home-to-office and office-and-return transport services, for BPO workers on contract, from one major BPO operator.

Next on the horizon is Anglin Global Homes – which will construct affordable homes for BPO workers. Anglin says some five acres of land on the north coast has already been identified for that purpose. With due diligence being done on that location, scouting continues for other possible sites.

With more than 2,000 workers employed in call centres he has furnished and rented to BPO operators, Anglin says he wants his success story to help inspire other young people, especially those from backgrounds similar to his upbringing in Montego Bay’s gritty inner-city community of Flankers. He also wants to change what he describes as a misconception that small businesses and start-ups will never be able to access bank loan financing to scale their operations.