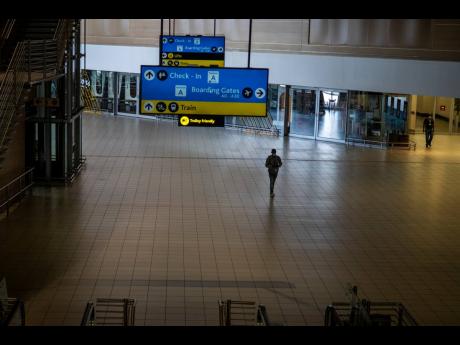 AP
AP A man walks through a deserted part of Johannesburg’s OR Tambo International Airport, South Africa, on Monday, November 29. As countries shut their doors to foreign tourists or reimpose restrictions because of the new Omicron variant of the coronavirus, tourism that was just finding its footing again could face another major pandemic slowdown. 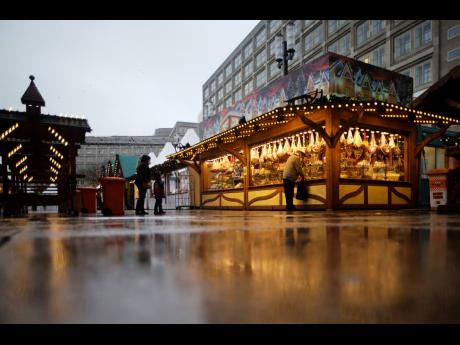 AP
Customers wait in front of a Christmas market on a rainy morning in central Berlin, Germany, on Tuesday, November 30. 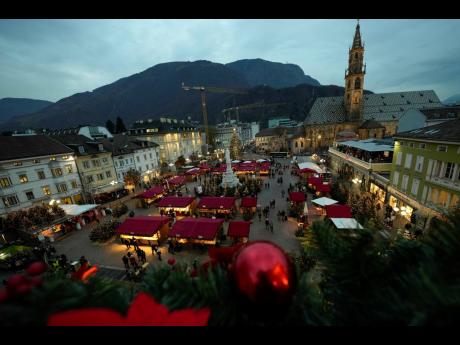 The Associated Press
An overview of the Christmas market in Bolzano, northern Italy, on Friday, November 26. 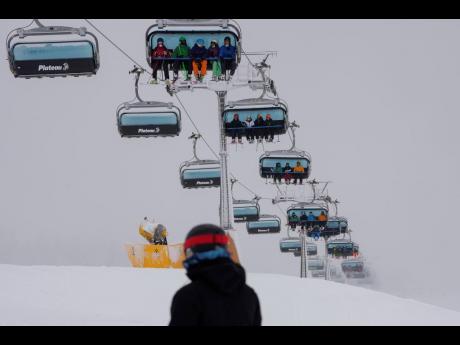 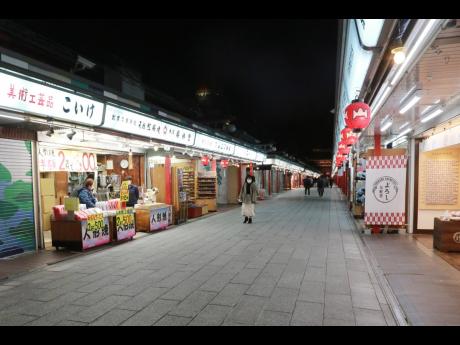 AP
A woman, wearing a protective mask to help curb the spread of the coronavirus, strolls at Sensoji Temple in the Asakusa district in Tokyo on Tuesday, November 30.
1
2
3
4
5

Tourism businesses that were just finding their footing after nearly two years of devastation wrought by the COVID-19 pandemic, are being rattled again as countries throw up new barriers to travel in an effort to contain the omicron variant.

From shopping districts in Japan and tour guides in the Holy Land to ski resorts in the Alps and airlines the world over, a familiar dread is rising about the renewed restrictions.

Meanwhile, travellers eager to get out there have been thrown back into the old routine of reading up on new requirements and postponing trips.

Abby Moore, a librarian and associate professor at the University of North Carolina, Charlotte, was scheduled to leave for Prague on Wednesday. But the day before her flight, she started having doubts when she saw that Prague had closed its Christmas markets and imposed a citywide curfew.

“I wasn’t really concerned about my trip until the Czech Republic started what looked like a mini-lockdown process,” said Moore, who decided to reschedule her travel to March.

Less than a month after significantly easing restrictions for inbound international travel, the United States government has banned most foreign nationals who have recently been in any of eight southern African countries. A similar boomerang was seen in Japan and Israel, both of which tightened restrictions shortly after relaxing them.

While it is not clear where the variant emerged, South African scientists identified it last week, and many places have restricted travel from the wider region, including the European Union and Canada.

For all the alarm, little is known about omicron, including whether it is more contagious, causes more serious illness or can evade vaccines.

Still, governments that were slow to react to the first wave of COVID-19 are eager to avoid past mistakes. The World Health Organization says, however, that travel bans are of limited value and will “place a heavy burden on lives and livelihoods”. Other experts say travel restrictions won’t keep variants out, but might give countries more time to get people vaccinated.

London-based airline easyJet said on Tuesday that renewed travel restrictions already appear to be hurting winter bookings, although CEO Johan Lundgren said the damage is not yet as severe as during previous waves. The CEO of SAS Scandinavian Airlines said winter demand was looking up, but now we “need to figure out what the new variants may mean”.

“In the past year, each new variant has brought a decline in bookings, but then an increase once the surge dissipates,” said Helane Becker, an analyst with financial services firm Cowen. “We expect the same pattern” this time.

Israel’s decision to close the country to foreign visitors is hitting the nation’s tourism industry as it geared up for the Hanukkah and Christmas holidays. The country only opened to tourists in November, after barring most foreign visitors since early last year.

Just over 30,000 tourists entered Israel in the first half of November, compared to 421,000 in November 2019, according to government figures.

Joel Haber, a Jerusalem-based guide, said during a typical Hanukkah holiday his calendar would be chock-full of food tours through Jerusalem’s colourful Mahane Yehuda market. Instead, he has just one tour a day.

“Tour guides like me are the first to get hit and the last to emerge, and are directly prevented from working by a government decision,” Haber said.

In the West Bank city of Bethlehem, revered by Christians as Jesus’ birthplace, local businesses expected a boost from Christmas tourism. The Bethlehem Hotel, one of the largest in the city, has operated at a fraction of its capacity for the past 18 months.

“Everyone who had bookings over the next two weeks has cancelled, while others are waiting to see what happens next,” said the hotel’s manager, Michael Mufdi. “I don’t know how much longer we can last, but we are doing our best.”

The pandemic already caused foreign tourism in Japan to shrink from 32 million visitors in 2019 to four million last year, a trend that has continued through this year.

As worries surfaced about omicron, Japan on Wednesday tightened its ban on foreign travellers, asking airlines to stop taking new reservations for all flights arriving in the country until the end of December. Prime Minister Fumio Kishida has pushed for avoiding “the worst-case scenario” and reversed a relaxation of travel restrictions that had been in effect just three weeks.