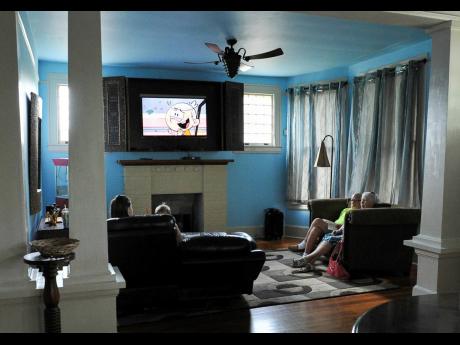 AP
Family members gather in the living room of a local Airbnb property on August 26, 2017, in Brownsville, Texas. 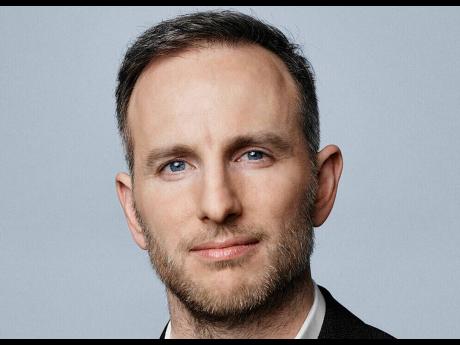 Mousa and Rasha Alkhafaji were already anxious when they emigrated from Iraq to the United States in 2017.

Even though Mousa Alkhafaji had finally received a Special Immigrant Visa for his work with the United States Armed Forces in Iraq, his family’s original flight had been cancelled when the Trump administration ordered a ban on travel from Iraq. Rather than wait for the ban to be lifted, the Alkhafajis decided to risk a big chunk of their savings to book another flight and hope for the best.

Whatever the reception they’d receive in the United States, they felt, it would lead to a better life for them and their two young sons.

After two days of flights – from Baghdad to Qatar to Boston to Denver, their unfamiliar new hometown – the tired Alkhafajis arrived outside their first American home, a modest grey brick ranch.

“I cannot forget that picture,” said Mousa Alkhafaji. “It was around 10 p.m., and there was a nice lady standing in front of the house on the porch with a man, and they were both smiling at us. They welcomed us and gave me a hug.”

That embrace came from Susan and Steve Bailey, Airbnb hosts who, like tens of thousands of others, agreed to house refugees as part of the online lodging marketplace’s philanthropic programme to provide emergency temporary housing to the needy. It’s a programme now seen as a model for those working to resettle refugees and a core mission of Airbnb.org, Airbnb’s non-profit programme, which marks its first anniversary Tuesday.

What the Baileys did for the Alkhafajis, Gebbia says, builds on what they learned as successful Airbnb hosts and could apply to people who need timely help and a safe place to stay.

In its first year, Airbnb.org helped provide more than 100,000 first responders with housing during the pandemic to help them avoid spreading COVID-19 to their families. In recent months, the non-profit has worked to resettle 7,600 Afghan refugees after the Taliban takeover of the country and has pledged to resettle 12,500 more.

Jennifer Bond, founder of the University of Ottawa Refugee Hub, chairwoman of the Global Refugee Sponsorship Initiative and a member of Airbnb.org’s board of directors, said Airbnb “really taught the world new ways to think about hosting” and has applied that know-how to Airbnb.org. Airbnb’s philanthropy started in 2012, when a Brooklyn host suggested the company temporarily house people displaced by Hurricane Sandy. That continued for years, including Hurricane Harvey in 2017, before it expanded its scope.

Airbnb.org is now helping refugee aid organisations refine the sponsorship model of resettlement, first used after the Vietnam War, when American communities would join to welcome Vietnamese refugees to their areas.

Susan Bailey’s involvement with refugee resettlement began with a phone call from Airbnb in 2017. That was the year when the United Nations says the number of people being forcibly displaced from their countries reached 68.5 million. Key reasons were the conflict in Syria and new crises in the Sudan, Myanmar and Yemen. Airbnb was helping resettlement agencies place refugees in short-term accommodations until they could find permanent homes.

The company needed a place in Denver for a single refugee from Yemen and asked Bailey, who has several Airbnb properties in the area, if she could help.

“That kick-started our journey,” Bailey said.

The Baileys soon met Zak Awadh, a Yemeni college student who had planned to study fashion design in Switzerland. But when war broke out in Yemen, his visa was revoked and he couldn’t return home.

With help from a human rights agency aiding LGBTQ people, he ended up in the United States. But Awadh said his arrival was overwhelming. “I was so scared,” he said, “and I felt alone. The first four days were miserable.”

Then he was moved to stay with the Baileys, who threw him a welcoming party at which he met their neighbours and friends. Over time, they created a support system to help him navigate American life.

“It definitely helped me quite a lot,” said Awadh, who ended up staying with friends of the Baileys for about a year. They helped him enrol at the University of Colorado at Denver and find additional jobs. When Awadh recently graduated with a degree in business administration, the Baileys attended the ceremony.

They remain part of each other’s lives as Awadh begins his career in marketing, with hopes of pursuing his interests in fashion design and music production on the side.

Meeting Awadh, Bailey said, changed her life. Since his arrival, the Baileys have housed six other refugee families, including the Alkhafajis. A seventh group – a family of 10 from Afghanistan – arrived earlier this month.

“I’d like to think that we were tolerant people and were very accepting,” she said. “But we are forever enriched for having known all of these people.”

Bailey credits Airbnb and the International Rescue Committee for easing the process of housing refugees by providing access to caseworkers and translators.

“She rallied her community in Denver – to provide laptops for the kids, to provide rides to job interviews, to help the kids get into the local schools,” Airbnb’s Gebbia said. “I think it was invaluable to them.”

Lauren Gray, the International Rescue Committee’s senior director of global corporate partnerships, said Airbnb partnered with the group in 2017, which led to a larger partnership – a four-year pledge of US$4 million in cash and housing credits.

This year’s crisis in Afghanistan received an even bigger response from Airbnb.org, whose creation as a non-profit was seeded with 400,000 shares of Airbnb stock and donations from its founders.

“Airbnb committed an incredible amount – they pledged to house 20,000 Afghans – that was just really unprecedented,” Gray said. “The fact that they were out front and centre and very vocal and visible about this commitment very early on really helped.”

The experience of the Alkhafajis offers an example of what that partnership can achieve.

Mousa Alkhafaji now works for the International Rescue Committee advising refugees on financial issues. Rasha Alkhafaji is the director of a day care centre that teaches the children of refugees. Their sons, Jay and Ali, are doing well in school and recently welcomed two dogs, Ganosh and Hero, into the family.

“Just recently, they purchased their own home,” Gebbia said. “They’re following the American dream, you could say.”

Though their initial arrival in America was a high-risk struggle, the Alkhafajis are thrilled with how it has turned out.

“We have a big belief in God and also in karma,” Mousa Alkhafaji said. “So if you do something good in your life, you will meet the good people in your life to help you.”

“It was life-changing,” said Rasha Alkhafaji. “It made all the difference in our life now. And we have friends that have become like family.”