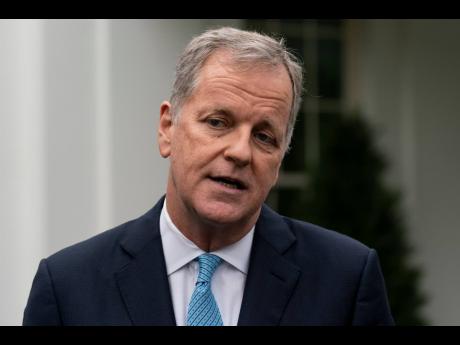 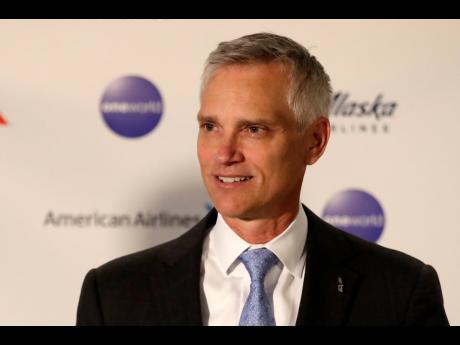 American Airlines CEO Doug Parker will retire in March and be replaced by its current president, Robert Isom, as the airline seeks to rebuild after massive losses caused by the pandemic.

Parker, 60, has led Texas-based American since late 2013, when he engineered a merger with smaller US Airways. He will remain as chairman, American said Tuesday.

Isom, 58, has been the heir apparent since becoming American’s president in 2016 after Scott Kirby was forced out and joined United Airlines, where he now serves as the CEO. Isom has overseen American’s operations, including sales and pricing, and its alliances with other airlines.

American struggled through most of the summer with high numbers of cancelled and delayed flights. The disruptions were due in large part to staffing issues after American persuaded thousands of employees to leave last year, only to be caught short when air travel recovered faster than expected from the depths of the pandemic.

American posted a profit of US$169 million in the third quarter, thanks to nearly US$1 billion in federal pandemic relief that covered most of the airline’s payroll costs. Yet its debt has ballooned to more than US$36 billion as it borrowed to get through the worst of the pandemic. Airline officials say they will be able to pay down debt once business and international travel recover.

American faces other challenges, including a Justice Department lawsuit that seeks to cancel an agreement to work with JetBlue Airways in setting schedules and service in the Northeast. Relations with unions, particularly that of the pilots, have worsened under the pressure of the airline’s operational shortcomings.

“Over the past several years, our airline and our industry have gone through a period of transformative change, and with change comes opportunity,” Isom said in a prepared statement.

Parker, who will step down as CEO on March 31, said American is “well-positioned to take full advantage of our industry’s recovery” from the collapse in travel caused by the pandemic, “and now is the right time for a handoff we have planned and prepared for”.

Parker is the latest CEO of a major United States-based airline to announce his retirement this year. In June, Southwest Airlines Gary Kelly said he would step down, with long-time executive Robert Jordan taking over. Alaska Airlines CEO Brad Tilden was succeeded by Ben Minicucci in April.

Parker has spent two decades as an airline CEO since becoming the head of America West Airlines just days before the September 11, 2001, terror attacks. The Phoenix carrier survived a downturn in travel with help from a federal loan.

In 2005, Parker engineered a merger with larger but bankrupt US Airways, and he repeated the same strategy in December 2013 with American, which was just emerging from bankruptcy protection. Parker enlisted the support of American’s labour unions to dump the bigger airline’s management after the merger.

American is led by a tight-knit group of executives – including Isom – most of whom have been together with Parker since their America West days.

Isom was previously American’s chief operating officer and held the same job under Parker at US Airways, where he was responsible for improving the airline’s on-time performance.