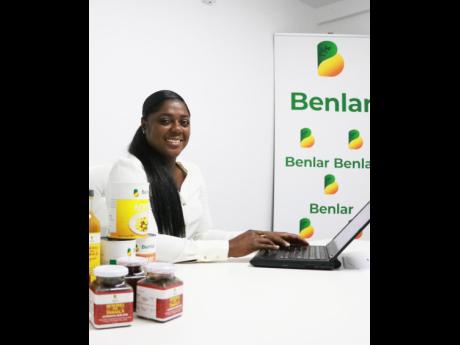 After months of engaging with potential business partners to back the cash-strapped operation of Benlar Foods, the business has been declared insolvent, and its assets are up for sale for an estimated $18 million. The Office of Insolvency has...

After months of engaging with potential business partners to back the cash-strapped operation of Benlar Foods, the business has been declared insolvent, and its assets are up for sale for an estimated $18 million.

The Office of Insolvency has appointed Caydion Campbell of Phoenix Restructuring, Advisory and Insolvency Services as trustee.

Benlar Foods, which is in the business of agro-processing, operates from a 4,000 square-foot factory in Mandeville, Manchester, which it leased from the Factories Corporation of Jamaica.

Improvements had been made to the building by company founder Craslyn Benjamin and now the fully equipped agro-processing operation is being sold en bloc as a turnkey business for the new owner. The facility is being pitched as Hazard Analysis Critical Control Point-certified for the preparation of pre-packed and vacuum-sealed ready-to-cook food and vegetables, with two cold rooms.

However, the Benlar Foods brand is not being sold.

Benjamin told the Financial Gleaner on Monday that the proceeds from the sale will be used to clear company debts, but declined to comment further on the transaction.

“The business is going through a restructuring process and I won’t be able to give any details until next year,” she said.

Benjamin was faced with many start-up woes, ranging from high overheads and an unfinished factory building, to fallouts with business partners. The outbreak of the COVID-19 virus in Jamaica worsened the problems facing the 35-year-old entrepreneur.

But amid the agribusiness company’s troubles, there was initially a glimmer of hope for turnaround when Benjamin entered negotiations with a third business partner in early 2021, who would help her to realise her ambition of entering the export market. The intention was to create a company called Benlar International, which would be the holding company for the operations of the export arm, Benlar Distributors Limited, in which she would hold a 49 per cent stake, while the majority interest, 51 per cent, would be held by the new partner.

Benjamin would keep a 100 per cent of the Benlar brand under which the products are packaged locally. The new partnership would also see her moving the business in a 10,000 square feet building, more than twice the size of the former processing plant in Mandeville.

But the deal fell through.

“The terms of the partnership were changing and so I decided to back out,” she said.

Benlar Foods products can still be found on local supermarket shelves, but most of company’s production is done through co-packing arrangements with third-party manufacturers.