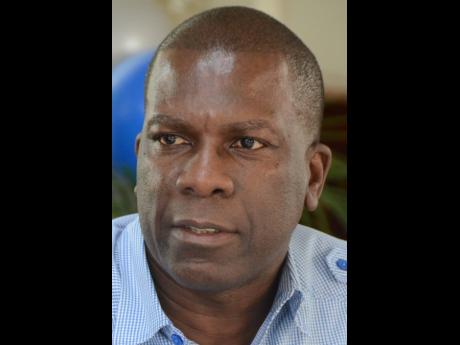 Exporters of Jamaica’s coffee, wine and chocolate exporters to China have managed to meet a December 31 application deadline to have their products sold within that market, but are still in the process of gauging the impact of the new hurdle on...

Exporters of Jamaica’s coffee, wine and chocolate exporters to China have managed to meet a December 31 application deadline to have their products sold within that market, but are still in the process of gauging the impact of the new hurdle on their businesses.

The new law, which kicked in on January 1, requires all producers of food shipped to China to be registered with General Administration of Customs of China, GACC, another challenge for local exporters who are already burdened by logistic constraints and rising shipping costs under the COVID pandemic.

Headaches from getting on to the system last minute sees chairman of the Jamaica Coffee Exporters Association and CEO of the Mavis Bank Coffee Factory, Norman Grant, calling for the creation of a think tank that scouts the markets for inherent threats to trade moving forward, particularly in critical markets like China.

Talks around China’s implementation of the new food import regulation dates back to 2017, but the measure was delayed following a lobbying effort by Europe and the United States amid concerns about disruption to trade.

The new import measure was said to be part of a drive by China to boost oversight of its sprawling food supply chain.

China is one the world’s largest markets for food and drink, topping US$108 billion in imports in 2020 and the numbers are expected to grow, according to the Trade in Economics website. Total exports into China from Jamaica amounted to US$31.8 million in 2020, according to International Trade Centre data.

“The Chinese market is an extremely important market for Jamaica Blue Mountain Coffee. Most of the coffee companies licensed by the Jamaica Agricultural Commodities Authority were able to make their submission and now await final approval by the General Administration of Customs of China,” Grant told the Financial Gleaner on Tuesday.

“However, I believe that given the focus on exports, particularly on emerging markets, there needs to be a think tank that looks out for these inherent threats or barriers to entry to critical markets such as China, because had it not been for the late dash, we could have been in problems,” he said.

Exporters are allowed to ship goods into China once applications are submitted, Grant says, but there is uncertainty around how goods will be handled if applications are not approved by the GACC.

“We are not sure of the rationale for this new system. We are informed that the shipments will be stored at the bonded area and can only be declared to customs after getting the registration and approval number. But there are questions around what will happen to those who missed the deadline, what if your application is not approved by the GACC, among other issues,” the coffee executive said.

Other companies say they weren’t given enough time to adequately prepare themselves for the new measure, and that details around the application process were not clear.

Globally, importers to China have also complained that the new application details were published late and the website for registering only went online in November, adding that they faced frustrating hurdles trying to register, such as information not being available in English.

“We did not have a Christmas or New Year holiday. Many of us had to stay up in hours in the night trying to get on to the system because of the time difference in the countries. Thankfully, most of us are now on board, but we need to hear from the responsible local ministry and agency about the next steps,” Grant said.

Agricultural commodities regulator JACRA could not be reached for a comment up to press time, but information coming from the Ministry of Agriculture and Fisheries is that only one local coffee distributor, Carmo Trading, has so far obtained compliance with the new requirements in the export of green coffee beans to China.

The ministry in a press release said its newly formed Agriculture Trade Enforcement Advisory Mechanism, or ATEAM, was instrumental in Carmo Trading receiving the permit.

ATEAM comprises representatives from the Ministry of Foreign Affairs and Foreign Trade, Jampro, Bureau of Standards Jamaica, the Jamaica Manufacturers and Exporters Association and the Ministry of Agriculture and Fisheries.

The others who had their applications accepted are waiting to see how their shipments are handled by the GACC. Typically, coffee shipments are done every two weeks.