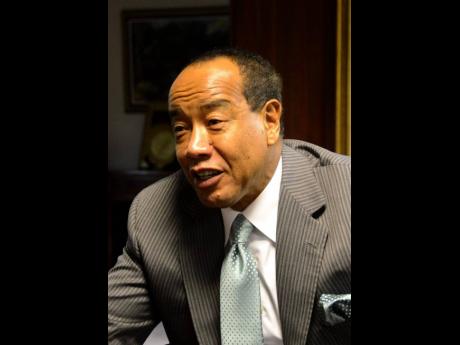 Portland Holdings has invested over time in four ‘unicorns’ or start-up companies with over US$1 billion in valuation, according to Chairman Michael Lee-Chin. The investments in two of the companies are currently held through funds under active...

Portland Holdings has invested over time in four ‘unicorns’ or start-up companies with over US$1 billion in valuation, according to Chairman Michael Lee-Chin.

The investments in two of the companies are currently held through funds under active management by Portland.

Lee-Chin did not disclose the names of the unicorns, but said, geographically, the companies are headquartered in “Canada, Australia, Germany, United Kingdom and the Caribbean”. The number of countries implies at least five unicorns rather than four, but the Financial Gleaner did not get a response to its queries on the issue up to press time.

“Like the mythical horse, a unicorn business is rare and is the aspiration of every entrepreneur. An investment firm associated with one business unicorn is rare ... a firm associated with more than one, even rarer. In fact, do you know what a group of unicorns is called? It is a blessing,” Lee-Chin declared in the Portland Investment Counsel annual report. “[It] is, indeed, blessed to be associated with four unicorns – two past and two present,” he said.

He made mention of Portland’s most recent investment, cancer drug company Telix Pharmaceutical, via private placement last July, but did not specifically cite it as one of the unicorns. Australia-based Telix describes itself as a radiopharmaceutical company in the field of nuclear medicine that is in the process of developing a portfolio of diagnostic and therapeutic or “theranostic” assets using molecularly targeted radiation. Telix shares are now worth US$2.8 billion in market valuation, up from US$575 million at mid-year 2021.

“Portland led a private placement in Telix Pharmaceuticals Limited in July 2021; the market value of the company’s shares has grown more than 4.5 times,” Lee-Chin said.

In response to the shifting client interest in health, and with cancer seen as posing one of the greatest threats to the quality of life, Portland and its affiliates and partners have invested some US$95 million over time in funding cancer research and drugs.

In the area of telecommunications, Portland Equity Fund II invested in Liberty Latin America, which was demerged from Liberty Global, in 2015. As of September 2021, Liberty Latin America held equity of US$3.7 billion, but Lee-Chin did not name it as one of the unicorns in his remarks.

“I believe investing successfully is a function of three conditions,” said the investor, who also owns Jamaica’s largest and most profitable banking group, NCB, which he took over as a rescued bank two decades ago. “Firstly, a sound intellectual framework is fundamental. Secondly, we must control our emotions. When we are in the midst of a crisis, stress can consume us. Therefore, during these times, following our framework will keep us clear-headed and grounded. Thirdly, success is a function of having access to opportunities. These three conditions can also be applied to success in life,” he added.