Barita takes stake in US property firms in financing deal 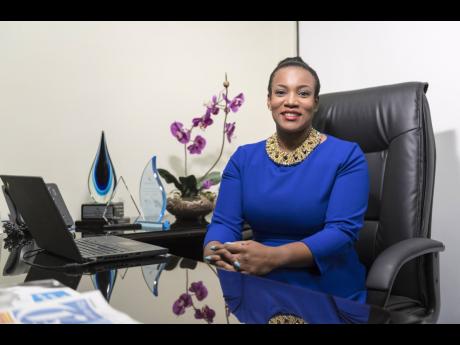 Barita Investments Limited is reporting that is has financed a major property deal involving the acquisition of three technology-driven real estate services companies based in the United States, executed through Ecommerce Property Services Limited.

Barita said it provided loans and quasi-equity as part of the financing. The transaction amount and the financing terms were not disclosed, but the Jamaican brokerage is describing the deal as major, given the US$2 billion, or more than $300 billion, in business projected to be done in 2021 by one the entities, Robert Slack Fine Homes LLC, a property purchase and sale brokerage outfit.

The other companies acquired are Florida Funding LLC, a mortgage broker; and Florida Title LLC, which is a property titling and transaction settlement provider. All three were purchased from main owner Robert Slack and Walters, which now owns a stake in the Jamaican company. Details of the shareholding were also not disclosed.

Ecommerce Property Services is registered in Jamaica, but it’s held through a vehicle called Pen’s Investment 2 Limited, which is incorporated offshore in St Lucia.

Ecommerce’s directors include as its company secretary businessman James Godfrey, who is also a director of Cornerstone United Holdings Jamaica Limited and Cornerstone Financial Holdings, the parent of Barita Investments; business executives Clifton Cameron and Dennis Smith; and lawyer Trevor Patterson, who is also on the board of another Barita affiliate called MJR Real Estate Holdings Limited.

MJR Real Estate was incorporated in Jamaica in March 2021 as a real estate development and sales company. Last year it made some major local real estate purchases, including the old Kingston Ice Factory property in downtown Kingston for US$5.4 million, and the Eden Gardens Hotel on the outskirts of New Kingston for US$3.2 million.

The latest deal involving the purchase of the US tech-based property companies positions Ecommerce Property Services as an acquisition vehicle and appears to be part of the continuing buildout of Barita’s and Cornerstone’s nascent property investment portfolio.

Other major moves in the making

Industry sources say other major property moves by Barita are in the making, but the brokerage has so far declined to comment on the property investment plans, citing market sensitivity and competition concerns. It has however signalled plans to list Ecommerce Property Services on the Jamaica Stock Exchange.

The three acquired companies are said to be vertically integrated tech-based companies that each serve different stages of the real estate market. They are said to be now capitalised to continue and accelerate their expansion across the United States.

Executive Vice President for Asset Management and Research at Barita Ramon Ferguson told the Financial Gleaner that the deal which involved multijurisdictional legal, advisory and due diligence work, was undertaken over several months in 2021 and consummated late in the year. He confirmed that Robert Slack and Walters has retained minority shares in Ecommerce Property Services but declined to comment on Barita’s current or future stake in the company as a result of the equity and loan deal structure.

“The financing was multi-layered and is in line with Barita’s focus on providing bespoke financing for the productive sector. The financing stack had both outright senior debt and mezzanine-type financing, which gives Barita certain rights with respect to the equity of the company,” Ferguson said.

He added that Barita was in the business of partnering with its customers and that Robert Slack’s core business of real estate complements Barita’s alternative investment strategy.

Barita’s vice-president in charge of investment banking, Terise Kettle, was quoted in a release as saying the financing deal fulfils one of the major objectives of Barita’s various market forays in the form of additional public offerings, or APOs, and other means. The company raised $10.8 billion in an APO in 2021 and $13.5 billion in another the year before.

“Across multiple fundraises, particularly our APOs, one of the key aims that we communicated to prospective investors is that we intended to further strengthen our balance sheet such that we are fully enabled to pursue a variety of financing strategies to create value and drive growth across multiple revenue lines,” said Kettle.

“This particular transaction highlights how we have done so by providing both quasi-equity and debt support to this private business. We successfully leveraged our balance sheet to help a Jamaican company buy three US-based companies with significant growth potential,” the investment banker said.

“In this transaction, Cornerstone, through its subsidiary Barita Investments, helped a Jamaican company (Ecommerce) to do the reverse. Now, profits from these US companies in the form of foreign currency dividend flows will be repatriated back to Jamaica for the foreseeable future,” the investment firm said.