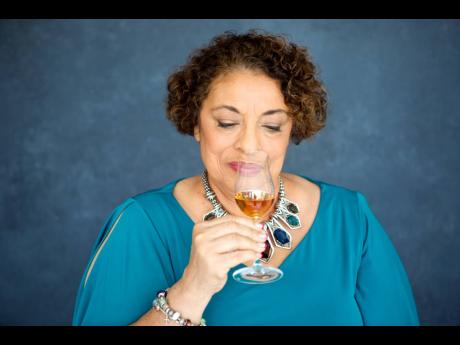 JWN is releasing 500 bottles of the aged rum, which will launch in two months.

“Once on sale as of March 2022, yes, it will contain our oldest rums for commercial sale. Our 50-Year-Old Independence Anniversary Edition still has our oldest liquids but is currently sold out,” said Dominic Bell, JWN’s brand, public relations and communications manager.

The company won’t disclose the price of the Ruby Anniversary Edition until closer to the release date in March. Over the years, all its limited-edition rums have sold out, notwithstanding the retail price. The 25-year-old rum retailed at US$250, the 30-year-old rum at US$500, and the 50-year-old rum at US$5,000. The latter price translates to about $750,000 at the current exchange rate.

J. Wray & Nephew released 800 bottles of the 50-year-old rum in 2012 in honour of Jamaica’s half-century of independence from colonial rule. It was described as the most expensive rum in the world at US$5,000 and still seems to hold that mark, except it now resells on the secondary market for a minimum US$6,000.

The Ruby edition celebrates Master Blender Joy Spence’s 40 years of craftsmanship with the Jamaican rum company. Spence joined JWN in 1981 and is celebrated as the first female master blender in the global spirits industry.

JWN describes Ruby as a complex rum made from a blend of five rare Jamaica rums, aged for a minimum of 35 years, and including rums as old as 45 years. The ageing of rum in the tropics, which is susceptible to evaporation, serves to equate a 35-year-old rum with 100 years of ageing in Europe, the spirits company said.

“As with our previously released Appleton Estate limited time offerings, we expect a favourable and strong response from our consumers, who are lifelong learners when it comes to rum expressions crafted by our master blender, Joy Spence,” said Bell.

Appleton has made other rums in homage to Spence, including the Joy 25-year-old rum, which sold out within a few months of its release and trades much higher on the secondary or resellers’ market.

“The Appleton Estate ‘Joy Anniversary Blend’ 25-Year-Old Rum was sold out locally in short order, so we can imagine that maybe the secondary market might have sold higher than its original price of US$250,” the brand manager said.

Appleton rums are blended at the over 270-year-old Appleton Estate in the parish of St Elizabeth. JWN said its stock of rums surpass 200,000 barrels.

JWN is a subsidiary of Campari Group of Italy.