Acquisition plans still on the cards for ISP Finance 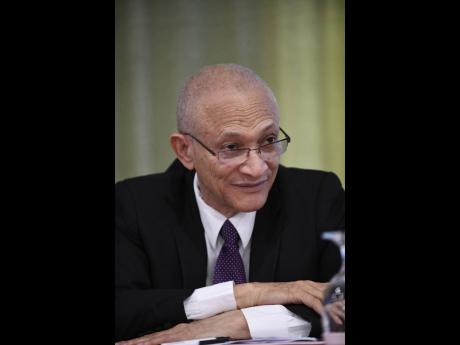 “You can expect to get some good news from us in the first quarter. It’s just a question of timing. We were not able to complete some of the negotiations, but once it’s completed, it will give a clear indication of the direction in which the company is going,” ISP CEO Dennis Smith told shareholders at the company’s annual general meeting on Thursday.

Last September, the microlending company had announced plans to acquire portions of the loan portfolio of an entity it did not name. The transaction was expected to have closed by December 2021.

Smith did not specifically respond to questions from the Financial Gleaner about that planned deal, but his AGM comments raise the possibility that it is still in play but has been delayed.

ISP Finance’s hunt for the acquisition of one or more loan portfolios comes amid restructuring in the microfinance sector. New regulations, which are to be imposed by the Bank of Jamaica in August this year, have led to talk of takeovers and partnerships in the sector, with some microfinance companies that may not to be able to comply with the new stringent regulations under the new Microcredit Act set to sell or merge with stronger entities.

“We believe there will be great opportunities for acquisition from the implementing of regulations to govern the microfinance sector, and we are putting ourselves in the position to take advantage of that,” Smith said.

ISP Finance, which operates from Phoenix Avenue in Kingston, offers loans largely for household expenditure, education, and healthcare expenses. Its target market is largely made up of public-sector workers.

So far, ISP Finance has only announced that a loan book acquisition deal struck in 2020 gives it the right to purchase select existing loans from what its management described as a medium-sized loan portfolio.

For the quarter ending September 2021, ISP Finance posted profit of $21 million on interest income, its main revenue source, totalling $114 million. Interest on loans earned by the company was up 32 per cent year on year.

ISP Finance’s loan portfolio was valued at $698 million up to September 2021, reflecting growth of nearly 12 per cent year on year. The company currently holds cash of $51 million.