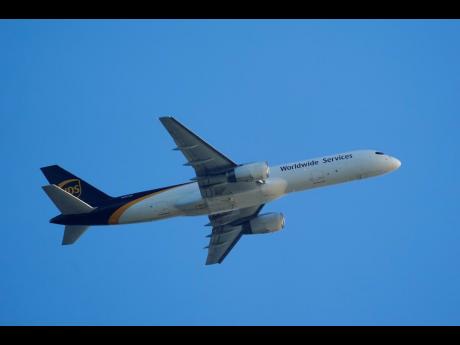 The Associated Press
A UPS Boeing 757 cargo plane makes an approach to the Miami International Airport above the skies of Surfside, Florida, in the United States on Wednesday, January 19. AP

Boeing is reporting a US$4.16-billion loss for the fourth quarter as the financial fallout from production flaws in one of its bestselling planes keeps getting worse.

The aircraft maker took a charge of US$3.5 billion to cover additional delays in delivering copies of its 787 jetliner and compensation for airlines that are still waiting to get their planes.

The company also said problems with the 787 will add US$2 billion in unusual production costs, double the earlier projection.

Deliveries of new 787s were halted in May 2021 because of production flaws, including gaps where panels of the carbon-composite fuselage are joined. Boeing has been unable to come up with a fix that satisfies the Federal Aviation Administration.

In all, the Boeing loss compared with a loss of US$8.44 billion a year ago, when the aircraft industry was bottoming out during the pandemic.

Boeing said that excluding certain items, it would have lost US$7.69 per share, far exceeding Wall Street expectations for a loss of 36 cents per share, according to a FactSet survey.

Revenue was US$4.16 billion, down three per cent from a year ago. Analysts expected US$16.54 billion.

Boeing is coming off a year in which aircraft sales rebounded after a slump caused by the grounding of its 737 Max airliner and a pandemic that crippled air travel. The company, based in Chicago, Illinois, in the United States, still finished far behind European rival Airbus in delivering new planes last year, partly because of the 787.