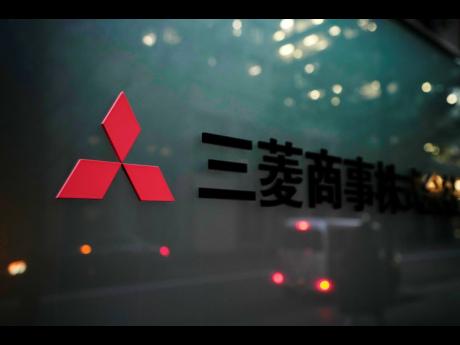 AP File
AP A logo of Mitsubishi Corporation, the parent company of Mitsubishi Heavy Industries, is displayed on a sign outside its headquarters in Tokyo on November 26, 2021.

Mitsubishi Heavy Industries, MHI, and the Japan Atomic Energy Agency have signed an agreement to participate in a next-generation nuclear energy project with TerraPower, a company started by Bill Gates.

Located in Kemmerer, in western Wyoming’s desert highlands in the United States, the demonstration project will use a non-traditional, sodium-cooled nuclear reactor. It will hire workers from a local coal-fired power plant which is scheduled to close soon.

MHI, one of Japan’s largest industrial conglomerates, said it will explore ways to provide technical support and to develop the reactor.

“MHI will also bring back expertise and knowledge obtained through this partnership to contribute to the advancement of nuclear innovation in Japan,” the company said in a statement.

The US nuclear industry has been at a standstill, providing a steady 20 per cent of the nation’s power for decades amid the costly and time-consuming process of building huge conventional nuclear plants.

Japan’s atomic energy sector has been in crisis since meltdowns at the Fukushima Dai-Ichi plant on its northeast coast, following a massive earthquake and tsunami in March 2011. But its government views nuclear energy as essential for achieving net zero carbon emissions to counter climate change.

TerraPower plans to make its plant useful for contemporary energy grid of growing renewable power. A salt heat ‘battery’ will allow the plant to ramp up electricity production on demand, offsetting dips in electricity when the wind isn’t blowing and sun isn’t shining.

The start-up of the plant is years away, 2028, according to current planning.

The approach isn’t new. Russia has had a commercial sodium-cooled reactor in use at full capacity since 2016, and such designs have been tested elsewhere in the US.

Gates, the famous co-founder of Microsoft, started TerraPower, which is based in Bellevue, Washington, in 2008 and is chairman of its board.