Jetcon car dealer back on track and going electric 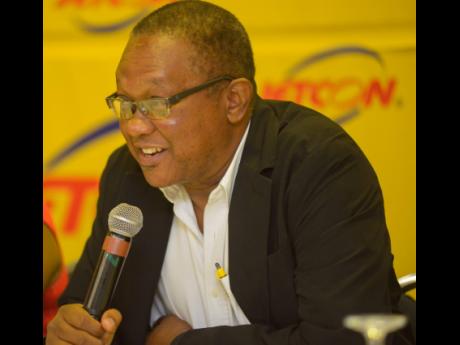 The bright outlook on business came earlier from Jetcon Chairman John Jackson, who reported at the meeting that 2021 revenues are likely to have risen 39 per cent, “ending up at about $870 million,” and that the company should close the year “with a small profit”. The company’s year-end results are still pending.

Jetcon specialises in Mazda, Subaru, Toyota and Nissan motor vehicles. These are normally offered with the typical internal-combustion engine, or ICE, but Jetcon is now expanding into EVs — which is a nascent market in Jamaica, but one that’s projected to grow to around 50,000, or about 12 per cent, of autos on the road by 2030.

Andrew Jackson said his company is falling in line with the steady march towards the adoption of EVs. Electric vehicles come in three main types: hybrid electric, or HEV; plug-in hybrid, PHEV; and battery electric, BEV.

Inventor Karl Benz patented his Motorwagen in 1886 and since that time motor vehicles, with very few exceptions, have relied on internal-combustion engines. The open secret is that ICEs are notoriously inefficient, converting only about 35 per cent of the available energy from a litre of fuel to power the wheels. More and more, Jackson says, Jamaicans seem to be taking a liking to HEVs, as they offer the best compromise between having the use of an ICE and immediate power delivery from an accompanying electric motor.

For the past two years, car dealers, including Jetcon, have been actively lobbying for a concessionary duty regime relating to EVs, so that traders can offer showroom prices that will entice car buyers.

Indications are that technology portfolio minister Daryl Vaz is close to making an announcement on incentives, the Government having committed to facilitate the development of an EV market for Jamaica.

Jackson says he’s been asking for duty-free treatment of EVs for at least five years initially, and indications are that there will be some concessions. Jetcon has been adding more and more EVs to its inventory, in the meantime, as other companies invest in setting up charging stations for BEVs, including Jamaica Public Service Company.

“We’re definitely going in that direction. It has been a slow development, but with more infrastructure coming on stream and the prospect of policy changes, we at Jetcon are seeing a serious business case,” Jackson said.

“We sell a lot of Aquas; the Jamaican public seems to really like them. We also have the Honda Fit hybrid and the Nissan Leaf, which is a BEV,” Jackson added.

The Aqua gets “70-odd miles to the gallon,” compared to ICE vehicles that get 25-35 miles per gallon, he said.