Jamaica considering ‘all possibilities’ regarding Windalco, as sanctions grow against Russia 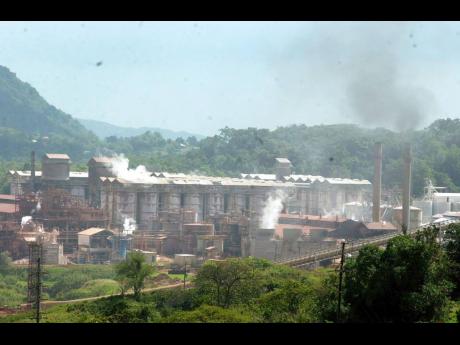 As war rages in Europe, the Jamaican government is dealing with its own conflict about what to do, if anything, to inure the Windalco alumina company owned by Russia in the parish of St Catherine, from the contagion of sanctions that are mounting on Moscow.

It’s already being speculated that Jamaica could take over the plant, with consultant Dr Wesley Hughes saying there is precedent for such an action.

“The Government may have to take action that’s unusual, like taking over the alumina plant from the Russians. We did that in the 1980s to Alcoa when they decided to close. The Government bought 50 per cent and kept it open,” said Hughes, a former financial secretary and economic planner, who now operates privately as consultant and partner at HighStar Consulting Limited. He made the comment while addressing a Caribbean forum on the weekend.

Jamaica has not ruled out any options, but is also not saying what actions its leaning towards on Windalco.

As of now, the company remains in the hands of UC Rusal, the Ministry of Mining and Transport said Tuesday.

“The mining and mineral division at the ministry is watching the situation and putting in contingencies. They are considering all the possibilities. But the ownership of Windalco has not changed,” said the Director of Public Relations and Communications Nyoka Linton.

“How we move forward depends on how things play out and how the stakeholders are affected. We are weighing all the pros and cons to see how to move forward in the best interest of Jamaica,” she said.

Russia invaded Ukraine in late February and has been mainly condemned by the international community for its action, which have been followed up with sanctions. Its been cut off from the international payment system called SWIFT, making it difficult to trade with other countries. And on Tuesday, the United States took a dramatic step of banning Russian oil.

Jamaica owned a piece of Windalco up to 2014 when it offloaded its final 7.0 per cent stake to UC Rusal for US$11 million, which was used to partially offset a US$21 million debt to the Russian company.

The country did US$68 million worth of trade with Russia in 2020 and US$45 million over the period January to October 2021, most of which relates to the export of bauxite and alumina.

Hughes said UC Rusal ships ore from Jamaica and its other territories to Siberia, Russia for final processing. The company produces aluminium at the world’s most efficient plant run on renewable hydroelectricity, he added.

“If the company or its principals were sanctioned then it could have an impact on that plant,” Hughes said.