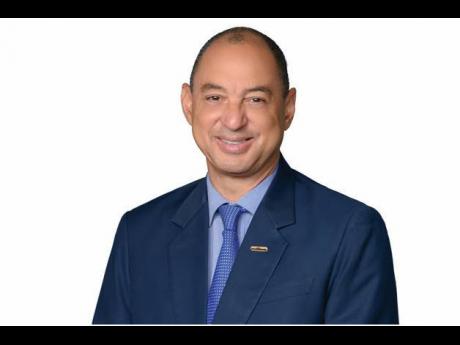 GK Investments Limited, a subsidiary of GraceKennedy Group, will acquire shares in a company that is for now only being described as a data analytics and fintech firm. The deal is expected to close in less than a month, Group CEO Don Wehby says. It...

GK Investments Limited, a subsidiary of GraceKennedy Group, will acquire shares in a company that is for now only being described as a data analytics and fintech firm.

The deal is expected to close in less than a month, Group CEO Don Wehby says.

More recently, the group has acquired an additional 10 per cent stake in CSGK Finance Holdings – the Barbadian holding company that owns SigniaGlobe Finance. The $401-million deal moved its shareholding in the company to 50 per cent.

The fintech company is part of the pool of approximately 11 prospects that GK’s nascent M&A Unit has targeted.

“We are very close to signing off on what I would describe as a marketing research, data analytic fintech company. It’s a very interesting acquisition and will be done through private-equity investment,” Wehby said during GraceKennedy’s investor briefing on Wednesday.

GraceKennedy will not be involved in the day-to-day operation of the fintech firm but will guide the business through board memberships.

Over time, the plan is to list the company on the Jamaica Stock Exchange. GraceKennedy itself, which turned 100 years old on February 14, is also listed on the stock market.

“Our 2030 vision has made it clear to us that data will play an integral role in our growth and connecting with our consumers. Coupled with our digital transformation, this investment will improve our interactions with our consumers and contribute to decision making,” Wehby told the Financial Gleaner.

He did not disclose whether the company was located in Jamaica or overseas.

The other M&A prospects under review include insurance and remittance businesses, primarily outside of Jamaica.

“For money services, one of the companies is in Barbados, and on the finance side, we are focusing on the Eastern Caribbean,” Wehby said.

“I feel fairly confident. My team is working through a few. They are at various stages. Some of them we are still negotiating, but hopefully, we can announce something very soon,” he added.

In a pre-birthday present, the company achieved record-high profit of $8.94 billion, on revenue of $129 billion, its best showing ever, for year ending December 2021.