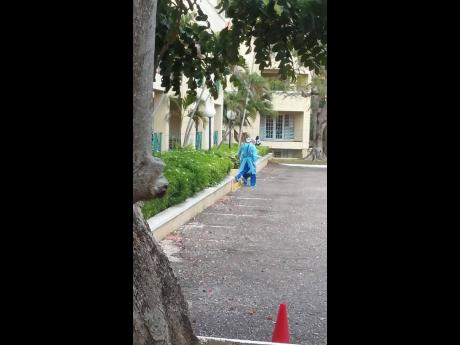 An obscure view of the El Greco hotel in Montego Bay. 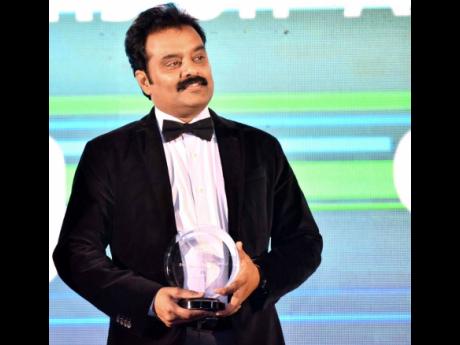 Guna Muppuri’s Bioprist Institute of Medical Sciences, BIMS, part of his multibillion-dollar Grand Ridge Medical City health tourism project, could be assured of its first cohort of students from an effort now under way to recruit Indian and Jamaican medical students whose studies in Ukraine were cut short by Russia’s invasion and continuing indiscriminate bombing of military, residential, civilian, economic and social infrastructure targets in its eastern European neighbour.

The medical doctor and entrepreneur is also putting in a bid for the shuttered El Greco hotel complex in his home city, Montego Bay, as a residential campus for BIMS.

Muppuri would not say much on the ongoing talks for the hotel property that’s owned by National Insurance Fund, and which the Jamaican government has signalled will not be reopened as a state-run commercial operation, but could be divested along with its sister property, the Braco Village hotel in Trelawny.

“It is too early to say much on that. We will be putting a formal proposal to the government. It would certainly be a worthwhile use of the property that has been closed since the COVID-19 pandemic,” Muppuri told the Financial Gleaner this week.

It is believed that the businessman is seeking a lease, with an option to purchase the 92-room hotel that shares entrances and other amenities with strata corporation Montego Bay Club and other private residences located on the Queen’s Drive property. Following the furlough of its 60-member staff in March 2020, the hotel was utilised by the Ministry of Health and Wellness as a government quarantine site for COVID-19-positive persons during the early stages of the pandemic.

An outreach by BIMS to displaced medical students from Ukrainian universities is now under way in India and Jamaica, in what Muppuri said is a solution, in part, to a major crisis. The Indian recruitment is being assisted by the Indian High Commission in Jamaica.

Indian High Commis-sioner to Jamaica Rungsung Masakui said just over 18,000 medical students studying in Ukraine have been evacuated from the war-torn country and are now back in India with their studies disrupted.

“We are happy that they are safe, but now it is about their future and what they do about their academics. Some arrangements are being made in neighbouring countries such as Poland for some of them to be accommodated in other medical schools, but you talking about thousands of them. We are pleased that Dr Muppuri has taken on the responsibility of trying to do something for them,” the high commissioner told the Financial Gleaner.

Masakui has written to several state governments in India where most of the students reside, seeking their assistance in disseminating the information on the offer of enrolment.

The presence of more Indian medical students in Jamaica would be an enhancement of the bilateral relationship between the two countries, he said. As part of that relationship, the Indian government is currently offering five scholarships for Jamaicans to study for undergraduate and postgraduate degrees, as well as to conduct doctoral research at Indian universities, including the Indian Institute of Technology, starting in August this year.

The Bioprist Institute of Medical Sciences is expected to open by next year, and under a memorandum of understanding signed with the University of the West Indies, Mona campus, in May last year, it will serve as the medical faculty of the UWI Western Campus. UWI Mona said it would engage BIMS to develop and implement training programmes for health professionals.

The medical school, which is part of Muppuri’s Bioprist group that includes listed drug developer and marketer Indies Pharma Jamaica Limited and his Bioprist Knowledge Park outsourcing business, is said to be awaiting charter and accreditation approvals from regulatory bodies in Jamaica, including the Ministry of Health & Wellness and the University Council of Jamaica.

Other property acquisition arrangements to provide accommodation for BIMS students are also being pursued by Muppuri, who declined to divulge details of commercial deals being worked on, citing the delicate and confidential nature of negotiations now under way.

While accreditation and accommodation sign-offs are pending, Muppuri has struck a partnership with the American University of Antigua, AUA, which has offered 180 places to students whose studies have been disrupted by the Russian invasion and bombardment of Ukraine. The plan is for the students to spend one year in residence at the medical school in Antigua and, thereafter, transfer to the Montego Bay facility, if they choose to do so. More students can also be accommodated via AUA’s online programme. They, too, would have the option to switch over to continue their studies at BIMS.

Following a meeting between Muppuri and a team from AUA, led by its president, Neal Simon, the offer from the Antigua institution was communicated in a letter dated March 8, 2022, which was seen by the Financial Gleaner.

“AUA welcomes the opportunity to work with you and your university in this humanitarian initiative, assisting students in the Ukraine. While we recognise medical education carries a cost, our aim is to get the students out of harm’s way and into a safe learning environment. We can address the tuition matter once the students are safe, factoring in their current expenses and circumstances,” said AUA Vice-President for Administration and Community Affairs Vernon Solomon.

“It is envisaged that by working together on this, the possibility of the students losing an academic year will not happen; save and except for a minimal loss of three to six months, if we have to bring them up to full speed in the process of aligning them to our curriculum,” he wrote.

The BIMS programme is expected to begin with the training of doctors, but later expand to include dentistry, nursing and chiropractic health. A 300-bed teaching and research hospital forms part of the concept that, Muppuri points out, fits naturally into the higher end of the spectrum of the knowledge process outsourcing industry, in which he is a major operator.

BIMS and the larger Grand Ridge Medical City project are being supported and marketed by the state investment promotions agency, Jampro.

The medical tourism project is designed to be a healthcare and wellness-focused special economic zones located on lands acquired by Muppuri in Ironshore, an upscale community in the Montego Bay suburbs.

Medical science educator Dr Cheryl Bennett serves as Provost of BIMS, while former CEO of the Jamaica Special Economic Zone Authority and associate professor at Caribbean Maritime University, Dr Eric Deans, as well as attorney-at-law Denise Kitson, QC, are among the members of the institute’s board of trustees.