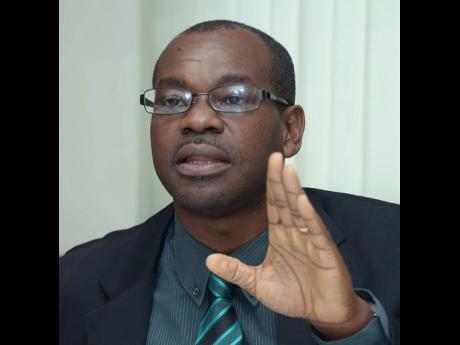 File
Ansord Hewitt, director-general of the Office of Utilities Regulation.

Consumers should expect to see further spikes in their electricity bills, utilities regulator, the Office of Utilities Regulation (OUR) has sounded an ominous warning to households and businesses. Purchasers of power from the national grid, managed by the monopoly distributor Jamaica Public Service Company (JPS), are already reeling from high bills influenced by myriad factors, including spiralling world oil prices and supply worries caused by the Russian invasion of Ukraine and the resulting sanctions against Russia for its aggression and continued destruction of its Eastern European neighbouring country.

The warning from the OUR comes ahead of plans by the regulatory to conduct a power sector study this fiscal year. Light bills would have been even higher than current levels had the country not embarked on a fuel-diversification strategy some seven years ago when some 95 per cent of the energy the country produced was from heavy fuel oil.

“While electricity consumers are likely to continue experiencing shocks from spikes in international prices, the increase of renewables to 12 per cent and the fixed price LNG (liquefied natural gas) at 62 per cent as part of the mix provide a significant buffer against such shocks,” OUR Director-General Ansord Hewitt said at the entity’s stakeholder engagement, held online Thursday night.

Oil prices on the world market recently reached over US$140 a barrel but have started waning. This week, oil prices dipped below US$100. The price of LNG has remained at around US$5.70 per unit, some 115 per cent higher than it was this time last year.

“It is not readily obvious when you look at your energy prices going up each month, especially during this period, and it is perhaps not very comforting for us to tell you that it could have been worse, but it could have been had we not changed the energy mix,” Hewitt said.

The Financial Gleaner was unable to get an estimate of the amount of savings from the addition of renewables to the energy mix.

“There is no doubt that bills would have been higher if we had stuck to the fuel mix of, say, seven years ago. However, we cannot definitively say how much more they would be, given the daily and weekly fluctuations of oil prices over which we have no control,” Elizabeth Bennett Marsh, public education specialist at the OUR, said in response to Financial Gleaner queries.

The OUR said that during the fiscal year starting April 1, it plans to conduct its annual rate review for the JPS, while also conducting an electricity market and price study. The OUR, in its market study, wants to analyse the changes taking place in the electricity sector and also the disruptive effects of new technologies.

“It is critical for the regulator to understand the possible configurations the market could take and the associated price trajectory. We, therefore, expect to undertake such a study during the period,” the regulator’s director general said.