JISCO to mine another 700 acres for bauxite while expanding Alpart 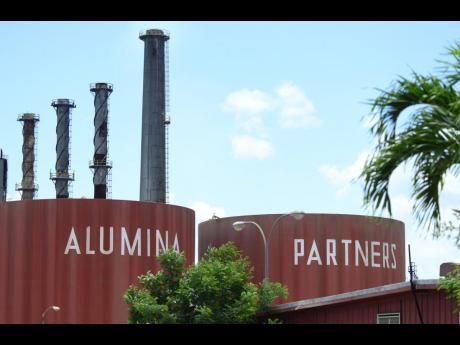 Bauxite-alumina producer JISCO Alpart is looking to mine more ore for the company’s plant, which is expanding at a cost of US$1.1 billion.

It will be digging through 700 acres in an area referred to as as the ‘Outer Valley’ that would require the relocation of small farmers operating there, according to an environmental impact assessment report on the mining plan.

The environmental report done by EnviroPlanners Limited, on behalf of Chinese-owned Jiuquan Iron and Steel Company, notes that the Outer Valley holds “the quantity and quality of bauxite required by JISCO Alpart for a viable plant upgrade and expansion investment”.

“The ore bodies identified in the proposed site are located on lands that are owned by JISCO and are already significantly disturbed,” it said.

The zone to be mined doesn’t appear to encompass protected areas but the mining plan still requires approval from the National Environment and Planning Agency, NEPA.

Where developers/companies are required to do environmental impact assessments on their projects, such EIA reports form the basis of town hall meetings for public feedback and objections, prior to NEPA’s final decision on whether to approve a development.

The US$1.1-billion Alpart expansion represents one of the largest investments being made in Jamaica. It would increase production at the JISCO plan from 1.65 million tonnes to two million tonnes per year.

Alpart was acquired by Jiuquan Iron and Steel in 2015. The modernisation and expansion of the Nain, St Elizabeth-based plant should have started in March 2020, according to JISCO Deputy General Manager Sun Jing, but that’s when the world declared a deadly pandemic, leading to lockdowns and business disruptions.

“We have not been idle,” Sun Jing said at a town hall meeting on the JISCO Alpart mining project, the minutes of which were also submitted to NEPA. JISCO used the lockdown periods to revise its modernisation plan, he added, incorporating additional lands for mining more bauxite.

Bauxite is the primary raw material for alumina, which is used to produce aluminium.

“We continue our exploration work to provide additional bauxite resources. We are seeking to secure approximately 15 million dry metric tons of bauxite in the Outer Valley area, which is the subject of this EIA,” Sun Jing said.

The JISCO Alpart plant was closed in 2019 after a short period of production due to equipment breakdown, General Manager of EnviroPlanners and lead consultant for the EIA, Dr Timon Waugh, said at the town hall meeting.

Regarding the concerns that small farmers would be disrupted, Waugh said they would be given adequate notice to relocate from areas where mining would be taking place to idle areas; and that mined-out lands would be restored so that they could be farmed again.

Dr Frank Ross, mining consultant at JISCO, said the area tends to have a lot of farmers whose fields are scattered.

“What we try to do before we come into an area, one, we give them notice to let them know well in advance that we are coming, we ask them to limit any sort of long-term crops and to only plant short-term crops within the period when we expect to come in,” Ross said at the meeting.

“The other thing we do is, we try to relocate those farmers into other areas where close by but in other areas that is not going to be mined initially, so that they can continue their farming activities while we mine and then we reclaim and we put them back on the land.”

The JISCO Alpart expansion is expected to provide 1,000 jobs over the five years of the project.