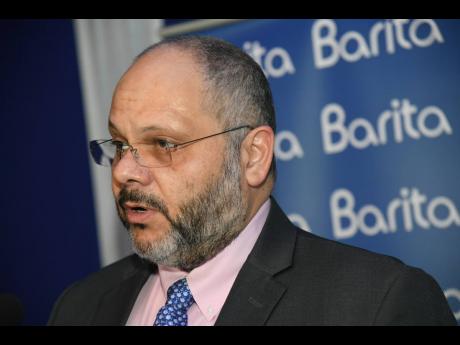 Barita Investments, which has been building out a formidable real estate portfolio through an off-book company called MJR Real Estate Holdings Limited, has already spent $9 billion acquiring properties in just over a year since the special purpose...

Barita Investments, which has been building out a formidable real estate portfolio through an off-book company called MJR Real Estate Holdings Limited, has already spent $9 billion acquiring properties in just over a year since the special purpose vehicle was incorporated. And the property investments are not expected to stop there.

The disclosure of the amount invested so far in the property buildout came in the latest financials of the listed stock brokerage, investment and wealth management firm released to the market on Monday.

MJR Real Estate is to evolve into what Barita Chairman Mark Myers described as “a suite of real estate funds and vehicles”. The company also announced in the preamble to the financials that it intends to invite public participation to monetise the property funds and recoup its $9 billion seed investment through a possible initial public offering of shares on the Jamaica Stock Exchange.

The precise nature and name of the Barita property funds were not disclosed.

Responding to Financial Gleaner queries on Tuesday. Barita Executive Vice-President Ramon Small-Ferguson said the timeline for the IPO is within two years.

“The intention with respect to MJR is for a phased graduation of the strategy to become fully public-facing that will facilitate initial investments from parties external to Barita via a private medium, followed by a public offering. Subject to regulatory, legal, commercial, and other considerations, the establishment of the aforementioned platforms to facilitate investments in our real estate strategies by the public is intended to be executed within the next 18 to 24 months,” Small-Ferguson said via email.

Barita has signalled that the real estate funds will be the first of several alternative investment vehicles into which it will be pouring seed funding and then packaging for public investment. Other similar products, including infrastructure, private equity and private credit facilities are to follow.

“Barita’s preferred approach to launching new investment/fund strategies has been to seed, construct and manage initial portfolios for a period to establish a track record before providing our clients with exposure to these strategies. In line with this approach, the $9 billion in seed funding committed to MJR to date has been from Barita’s on-balance funding sources,” the Barita senior officer said, shedding new light on the source of the seed funding.

Barita is majority owned by offshore registered Cornerstone Financial Holdings Limited, which is said to have a “mirror relationship” or shareholders and directorships in common with its Jamaican counterpart, Cornerstone United Holdings Jamaica Limited.

The Cornerstone Group, which includes central-bank regulated Cornerstone Trust and Merchant Bank, is currently going through an organisational restructuring to create a Jamaican financial holding company, as is legally required where at least one of the companies in a financial group is a banking or deposit-taking operation.

Barita says it operates as the investment manager of MJR’s real estate portfolio, and that the property company’s ordinary shares are held in trust by JCSD Trust Services Limited.

MJR’s board, it added, is “comprised of directors who are independent of Barita and the group”. The directors are attorneys Trevor Patterson and Dane Patterson.

Declaring its intention to pump even more money into its real estate portfolio, Barita said it expected to recover the money over time through offering investors a stake via securitisation through unitised funds, debt instruments secured by the landholdings, the sale of units in the planned residential and commercial developments and joint venture partnerships arrangements.

“Barita may arrange an initial public offering of segments of its portfolio of real estate investments to facilitate full or partial divestiture of the strategy,” Myers added.

The investment in the named Kingston properties was more than US$11 million, or upwards of $1.7 billion at the current exchange rate.

Barita noted in its quarterly results for January-March that its $9 billion off-book property investment portfolio equates to nine per cent of its more than $100 billion in on-book assets. By comparison, Barita reported $1.2 billion in fixed assets as of March and total investments of $1.8 billion. Its holdings of land and buildings were valued at $362 million at its September 30, 2021 year-end, at which time its investments properties were said have been worth $210 million.

At year ending September 2021, Barita’s on and off-balance sheet financial assets under management amounted to $316.3 billion.