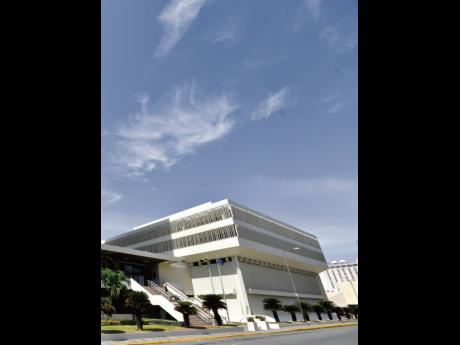 Last year is on record as having been the best in recent times for Jamaicans to have bought a home. That’s because lower interest rates were on offer from financial institutions eager to pump up their mortgage loan books.

It was also the last year of near-zero policy interest rates, which, although they started to rise in the final quarter of the year, had not yet permeated the financial system to cause any upward nudge in home financing costs throughout 2021.

But as mortgages and other household borrowing grew, companies were opting for or receiving fewer loans, a reflection of the lingering business downturn from the COVID-19 pandemic.

The 2021 Financial Stability Report issued by the Bank of Jamaica, BOJ, at the end of March, indicates that mortgage rates fell across all banking or deposit-taking institutions, DTIs, namely, building societies, commercial banks and merchant banks, to as low as 7.0 per cent. Household debt dominated the credit portfolios of banks and near banks during the year.

In contrast to the growth in household lending, credit to the corporate sector declined in real terms by 2.5 per cent, underpinned, the report said, by a reduction in credit to half the country’s economic sectors. This result was coupled with a marginal worsening of business loan quality, particularly for the tourism, manufacturing and transportation sectors, due to the ongoing impact of the pandemic. Business non-performing loans worsened marginally to a rate of 1.8 per cent from 1.6 per cent.

This reduced exposure to commercial debt by banks saw corporate sector credit falling 2.5 percentage points to 15.9 per cent, a huge contrast to, and a reversal of, the growth of 2.7 per cent in 2020 and the 10-year average growth of 5.2 per cent in business lending.

Securities dealers’ exposure to private-sector debt was reported to have decreased marginally during last year, while loan quality improved.

The exposure of non-bank financial institutions, or NDTFIs, to equities and real estate assets remained relatively low during the review period, while the pension industry continued to have the highest exposure to investment arrangements, the BOJ said.

In line with historical average

Despite the drop in business lending and the sizeable increases in household borrowing, DTIs’ exposure to the household sector is said to have remained relatively stable and in line with the historical average for the period 2011-2020.

Household non-performing loans, NPL, as a share of total household loans, were said to have been unchanged, while household’s debt-servicing capacity improved marginally. This was ostensibly because of better income and general economic conditions than existed in 2020, but possibly, also, resulting from increased remittances from overseas and less hesitance on people’s part to hoard cash as they became more accustomed to navigating the pandemic.

Meanwhile, as general economic conditions improved, household debt as a proportion of gross domestic product was reported to have decreased for the year.

The ratio of household debt to DTI assets also declined marginally, the report pointed out, due to asset growth outstripping the steady clip at which household debt grew.

“In relation to DTIs’ loan quality, household non-performing loans remained stable at 4.3 per cent at the end of 2021 and was below the historical 10-year average of 4.9 per cent,” the report said. It added that the household NPL ratio remained stable, resulting from what it said were continued credit risk-mitigation strategies adopted by the DTIs.

System-wide, the reported concluded that for the year, liquidity and capitalisation of DTIs, NDTFIs and securities dealers remained strong, with significant swelling of their asset base emanating largely from foreign currency investment gains.

The decline in the insurance sector’s profit margins were attributed to a higher claims ratio for the year.

The central bank reiterated that it continued to work on developing new macroprudential policy tools, including a systemic risk buffer and a countercyclical capital buffer, aimed at limiting systemic risk from large interconnected entities in the financial system.