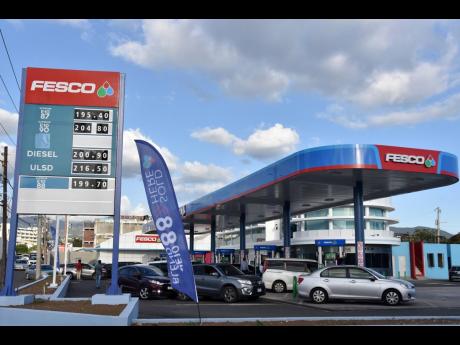 Future Energy Source Company, which trades as Fesco, tripled its March fourth quarter earnings to $97.5 million on the back of outsized sales growth due to product and network expansions and higher gas prices emanating from the volatile oil market.

Revenue in the quarter skyrocketed to $4.76 billion, a 216 per cent gain on the $1.5 billion of sales recorded in the respective 2021 period.

Since the war launched by Russia on Ukraine, oil on the international market has surged to its highest since 2014, peaking at US$130 per barrel in early March. The commodity has since levelled off within a band of around US$100 to US$110.

Concurrent with the rise in oil prices, the price of gasoline, which is refined from crude, has shot up at pumps in countries worldwide.

Fesco is not only earning more per litre for the gas it supplies to its dealers, but it’s also supplying greater volumes, given the relaxation of COVID-19 measures and the concurrent return of the commuting public to the public roadways.

“Fesco has no control over the supply price of fuel and, instead, focuses more on quantity of fuel sold and gross profits,” the company said in its preamble to the fourth quarter results.

During the quarter, Fesco introduced a new gasoline blend, the E10 88’, and launched the FYC Refill Water Store and Express Mart, and the more recent Breakfast Lunch and Dinner to Go restaurant to create a ‘destination experience’ at select Fesco locations.

For the full year, Fesco’s sales rose to $12.77 billion from $5.85 billion, while profit more than doubled from $108 million to $268 million. The annual figures are subject to audit verification.

The preliminary annual revenue number, if affirmed, would have put the company three years ahead on its sales target of $12.6 billion, which it did not expect to achieve until 2025.

“We have seen the reopening up of the entertainment, leisure and education sectors and we believe that the expected resultant increase in travel and commerce could potentially result in favourable prospects for our business,” Fesco said.

To finance its service station network expansion and acquisition of LPG assets acquisition, Fesco raised $1 billion in debt from a bond arranged by NCB Capital Markets in the fourth quarter.