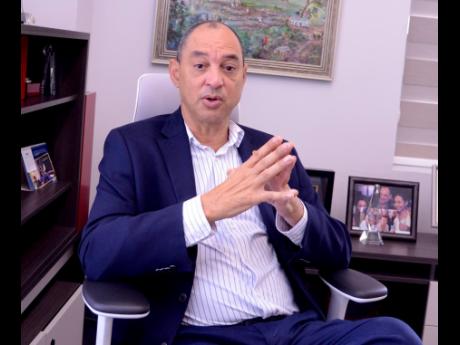 GraceKennedy Group wants a bigger presence in the Caribbean’s life insurance market, and is chasing yet another deal to grow the division. It’s now in eight countries but has set a target of up to 15 markets, and is in the process of acquiring...

GraceKennedy Group wants a bigger presence in the Caribbean’s life insurance market, and is chasing yet another deal to grow the division.

It’s now in eight countries but has set a target of up to 15 markets, and is in the process of acquiring another life insurance business as it moves towards that goal. It would need to extend services to about seven to eight more countries to hit the mark.

Group CEO of GraceKennedy Limited Don Wehby did not clarify whether the deal being pursued will take GK to its goal, or whether it had other plans to expand into new markets.

“I’m hoping that at the next AGM, I will be able to say to shareholders that we are now in about 14 or 15 countries. We are very focused on it and believe that this is an area that GK can, and will, expand,” Wehby said on Wednesday at GK’s annual general meeting.

“Obviously, we realise at GraceKennedy that life insurance is a segment for us to expand further. We have applied to other islands to register, outside of the ones that we are in, and we are actually looking at an additional acquisition to expand GK Life,” Wehby said.

The food and financial services conglomerate’s M&A aggression is not focused only on the insurance market. It’s been going after a series of deals at home and overseas in recent years, mainly to grow the business internationally, but more precisely to rearrange its revenue mix so that its foreign operations dominate group revenue.

Within eight years, GraceKennedy expects to grow into a US$2-billion company by revenue, with annual earnings of US$250 million.

Most of the deals it’s done recently have been focussed on financial services. Its most recent transaction, announced on Wednesday, surrounds the mutual funds market.

Member companies GK Financial Group and GK Capital Management have entered into an agreement with Trinidad and Tobago Unit Trust Corporation, TTUTC, for the distribution of mutual funds in Jamaica.

The transaction with TTUTC — the largest operator and manager of mutual funds in the Caribbean, with US$3.7 billion under management on behalf of more than 625,000 investors — is subject to regulatory approval.

That purchase gave GraceKennedy access to the life market in seven regional countries.

At year ending December 2021, GK Life contributed revenue of $244 million and net profit of $93.5 million to the group, reflecting the business’ performance since the SIECL acquisition was booked by GK. GK Life’s first full-year contribution to the group will be reflected in 2022.

As part of its plan to earn the label of a ‘global consumer group’, GraceKennedy’s remix of its geographic revenue streams was initially targeting 60 per cent in foreign revenue.

On Wednesday, Wehby said they had increased the target to 70 per cent. GraceKennedy is projecting that by 2030 its annual earnings would grow to US$250 million – which translated to around $39 billion at current exchange rates – and says it intends to get there by growing both inside and outside Jamaica.

“I have made the statement that the best is yet to come for GraceKennedy, which is what I truly believe. Revenues and profits now are 47 per cent and 45 per cent outside of Jamaica. We want to carry that to 70 per cent,” Wehby said at the meeting.