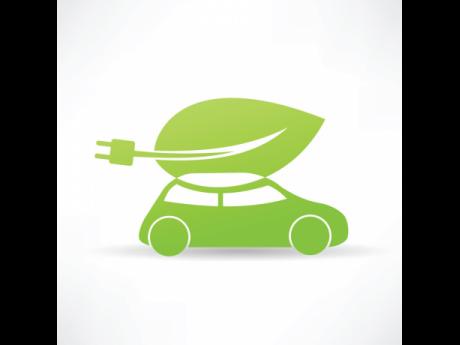 Jetcon Corporation’s planned rollout of an electric vehicle sales programme is being stalled, but not for want of cars to sell. The company says it has cars in-bond and is awaiting more from cargo shipments that are already under way. The hold-up...

Jetcon Corporation’s planned rollout of an electric vehicle sales programme is being stalled, but not for want of cars to sell.

The company says it has cars in-bond and is awaiting more from cargo shipments that are already under way.

The hold-up of Jetcon’s plans, says Managing Director Andrew Jackson, relates to the Jamaican government’s timetable for rolling out the promised duty waivers for EVs.

The new tax incentive will carve 20 points off the 30 per cent duties that auto importers would normally pay.

There is not even an indication as to “when” the new 10 per cent duty structure will be rolled out, Jackson said.

“It’s not our company alone, but I can definitely say for Jetcon that this stalling on the policy is hampering our rollout,” he Jackson.

The Jamaican Government announced the policy earlier this year during Budget season, but having previously got wind of the announcement to come, auto dealers had been readying themselves for business since late 2021.

“We have cars here, in addition to cars that are on the way on the seas – lots of cars – and we’re just waiting,” Jackson said.

The new duty incentive for EVs is narrowly cast to cover just 1,000 vehicles per year, for five years, but while auto dealers have complained that it is not enough to deal with the business they anticipate, there has been a flurry of activity in the sector to take advantage of the opening.

ATL Automotive unveiled its all-electric MINI on Friday and will introduce the Audi eTron RS GT and the Honda HRV hybrid in June.

Stewart’s Automotive Group is selling models supplied by Chinese EV maker BYD in addition to a few Jaguar ePace that the company has marketed.

Jetcon, which is a pre-owned car dealer, is marketing the Nissan Leaf, the EV version of the Nissan Note.

“We sold one back in early April,” Jackson said.

“The customer was holding on for the lower duty to take effect but eventually decided that they couldn’t wait anymore,” he said. Had it been in effect, the car would have been cheaper to purchase.

The affordability of EVs, which is generally cheaper than traditional combustion engine vehicles, was central to the crux of the finance ministry’s decision to offer the concessionary duty of 10 per cent. The annual cap on the number of EVs that would qualify for the waiver is meant to limit the amount of tax revenue the Government would forego in order to charge up the electric car market.

It is still to be publicly disclosed whether the 1,000 EVs would be split among the used-car and new-car sectors or whether each category would be allowed the 1,000 cap.

“It’s total uncertainty,” Jackson said, regarding that and other issues.

Electric vehicles and hybrids are currently a fragment of the half-million vehicles that ply Jamaica’s roads. But EVs are expected to grow to 12 per cent of vehicles owned within a decade.

Although Jackson is impatient at the EV policy delay, he says the amount of business Jetcon does in that space does not currently have much of on impact on its financial performance.

In the quarter ending March, the company made $10 million in profit on sales revenue of $255 million. It is not the best the company has ever done, but Jackson said it has created momentum for the second quarter.

“The number of units we delivered is the best we’ve ever done for any April in all our 30 years. It fact, it’s comparable to what we do in the December or July high seasons,” he said.

Jetcon is sticking with the strategy of squeezing margins by offering discounts so that it can move volumes, he added.

“That strategy has been working for us. It helps move the units and it keeps a certain momentum. We’re not making the same profit that we’d normally make at those volumes, but critically, it helps in these difficult times,” Jackson said.