Caribbean Cement to maintain capex at $1.7b 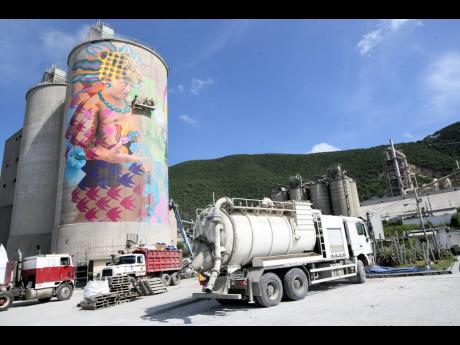 Caribbean Cement Company Limited, CCCL, operator of Jamaica’s sole cement manufacturing plant, expects some amount of economic uncertainty but will keep its capital expenditures flat at $1.7 billion for 2022. “The capital expenditure is $1.7...

“The capital expenditure is $1.7 billion for 2022, which is basically the same as last year,” the company said.

Caribbean Cement has already expended $170 million of that budget, as of March 2022, doubling the $84 million of capex recorded in the first quarter of 2021.

The cement plant at Rockfort in Kingston requires a lot of energy and capital to maintain operations. The capital upgrades allow the company to meet national demand for cement, while keeping its operations efficient. The projects for 2022 include the expansion of its kiln, or furnace, which is currently at the engineering design phase; dust mitigation plans; and increasing the use of old tyres to fuel its plant.

“We expect to continue along our growth trajectory, and are mindful that everything depends on the market conditions as well as the Jamaican economy. And we will plan our responses with these elements in mind,” Caribbean Cement said, regarding its outlook.

In 2021, despite the ongoing pandemic, the cement manufacturer announced plans to invest US$40 million, which translates to about $60 billion of capex, in its operations over five years to keep pace with the potential rising demand for cement.

Since then, the war launched by Russia in late February 2022, rising inflation and reduction in purchasing power, the rising interest rates being deployed by central banks to reign in consumer prices, volatile swings in commodity prices, shipping delays and the uncertainty regarding raw material supplies have created uncertainty around business and trade the world over.

Now there are worries that growth is slowing while prices are rising, raising the spectre of stagflation, as well as fears of another global recession.

Caribbean Cement said in its quarterly earnings report that it would remain “vigilant about possible impacts on business continuity” due to threats from new strains of the COVID-19 virus, and well as the ongoing conflicts in sections of Europe, which have caused increased costs in fuel, power and shipping.

Caribbean Cement has benefited from a construction boom since the onset of the pandemic. The sector was one of a handful that grew over the past two years.

The cement maker reported sales of $6.8 billion for the March quarter, up from $6 billion in the comparative 2021 period. Rising expenses, however, constrained its profit to $1.6 billion, but still producing a better outcome than the $1.53 billion of earnings reported in the comparative quarter.

During the year, the company paid off all its long-term debt, which stood at $2.5 billion a year ago. The elimination of its debt stock and concurrent rise in asset values led to significant growth in Caribbean Cement’s capital base, which expanded from $13 billion to $17.4 billion.