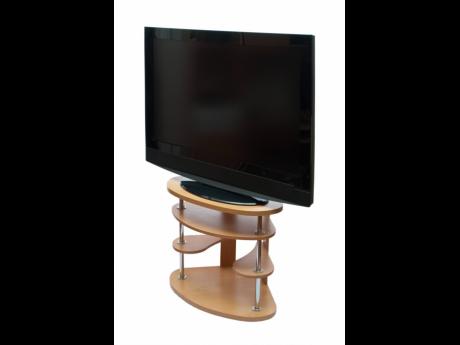 Telecommunications provider Flow Jamaica raked in US$105 million ($16 billion) in quarterly revenue to March, a 7.2 per cent gain year on year, that resulted from rising mobile phone subscribers. Home-related services cooled in the period, however...

Telecommunications provider Flow Jamaica raked in US$105 million ($16 billion) in quarterly revenue to March, a 7.2 per cent gain year on year, that resulted from rising mobile phone subscribers.

Home-related services cooled in the period, however.

But Flow is looking to offer an IP box in Jamaica so that its users can stream the most popular movie platforms on their TVs, according to Balan Nair, CEO of Liberty Latin America.

It’s a rising area of interest in the home-based segment of the broadband market that the company is looking to satisfy, even while noting that the added service won’t be a significant driver of revenue.

In the March quarter, more customers in Jamaica bought into postpaid mobile plans, which are traditionally seen as the choice for customers with higher disposable incomes as well as corporate customers, according to the latest financial report from Liberty Latin America, parent company to Flow and owner of the regional brand. At the same time, prepaid plans, which are more heavily subscribed, dropped slightly, Liberty said.

Specifically, mobile subscribers on a same-year basis grew by 3,400 persons for January-March; and by 114,000 or 10 per cent on an annual basis to 1.1 million. Customers dipped by 8,100 for home-related services, which include video, broadband and landline phones in the quarter, but grew on an annual basis by 10 per cent to 725,300 users.

Regarding the IP box, Nair said on an earnings call that he doesn’t expect the service to earn huge chunks of revenue for Flow. It will, however, allow the telecoms to stay relevant on trends in the streaming space. The company launched similar services in select Spanish-speaking countries 18 months ago. Popular boxes include Roku, Flexbox and the Firestick but there are plenty of other competitors.

Liberty did not reveal the brand they will use in Jamaica. Requests for comment were not immediately answered.

“For us, what we did was we went down the Android path and we launched this now in Puerto Rico, in Costa Rica, in Panama, and we’ll soon launch this in a couple of the other islands – Trinidad, Jamaica,” Nair said. “It is an all IP box, very similar to the Flexbox,” he said.

Nair said that the cost of the IP boxes has fallen over time. He said the company has experimented with deploying such services as “it’s all IP technology related”. Fibre-optic cable and internet protocol or IP technology are the backbone of modern telecoms.

“So, we’ve weighed going down that path,” he said.

Recently, cable operators in the United States and Mexico have been forming joint ventures with IP box brands such as Flexbox. The cable companies with their active subscriber bases will act as a distribution network, giving the boxes greater market penetration.

Nair admitted that there are some customers that only want broadband if it comes with video streaming services.

“We’ve come to the conclusion that while the video product is not a huge growth driver for us, it is a necessary product for us to continue to be a leader in broadband. And so you sell your broadband product, you ship out this cheap IP box that goes with it – whether it’s a box that we ship our ourselves [or not] ...,” said the Liberty CEO.

“And it seems to resonate with a lot of our customers,” Nair added. “We still sell a lot of solo broadband product, but there are a subset of customers that would buy broadband from us only if we have the video product. So we’re innovating on those technologies and we feel pretty good on the path that we are on.”