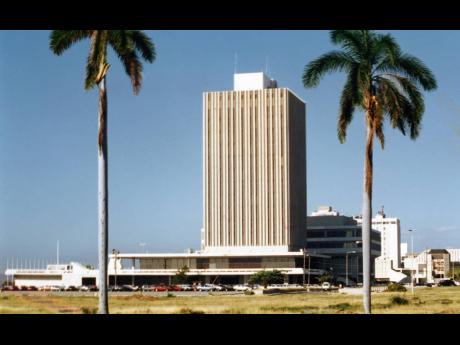 The Private Sector Organisation of Jamaica, PSOJ, is upping the ante in its ongoing broadside against the central bank’s aggressive monetary policy stance, citing what the umbrella business group says is a double whammy of rising interest rates scaring off investments, while also pushing up government debt.

“There is a slowdown in lending, particularly to businesses, because of the increase in the policy rate,” said Theodore Mitchell, a member of the PSOJ’s economic policy committee.

“That could have a significant impact in terms of investment in the economy, notwithstanding our view of the economy continuing to grow because of the momentum that has been building since 2021.”

Mitchell, on Wednesday, pointed to the slowing of commercial bank loans, which, he said, was growing at about 20 per cent in the immediate pre-pandemic period.

Bank of Jamaica, BOJ, has noted that in contrast to household lending, credit to the corporate sector declined in 2021 in real terms by 2.5 per cent, underpinned by reduced borrowing among half the country’s economic sectors. This was coupled with a marginal worsening of business loan quality, giving rise to a corporate non-performing loan rate of 1.8 per cent, from 1.6 per cent in 2020, especially for tourism, manufacturing and transportation businesses, the central bank noted in its latest financial stability report.

The BOJ’s latest Quarterly Monetary Policy Report, released in May, also noted that growth in bank loans to the private sector slowed to 6.2 per cent in February, from 7.3 per cent in December 2021.

The central bank, however, attributed this weaker performance in private-sector credit, not to its 450 basis points increase in the benchmark rate over months to the current 5.0 per cent, as suggested by the PSOJ, but instead to the lagged effect of the pandemic on credit demand from businesses that had put expansion plans on hold.

The PSOJ is knocking the BOJ, too, for what the group says is a tightening of financial market conditions. In addition to pricing loans outsider the reach of businesses, the PSOJ analysts are of the view that mushrooming interest rates on government paper are driving up the national debt, to the detriment of the overall economy. They believe the high yields, or rates, on short-term Treasury bills and certificates of deposit, CDs, is making long-term lending and investments unattractive.

BOJ has been using the rate hikes as a hammer against inflation, which is back to double digits and had risen to 11.8 per cent as of April.

“A significant rise in GOJ yields have significant implications in terms of assets in the banking system. There is an inverse relationship between increasing yields and reductions in the pricing of financial assets.”

Every one percentage point rise in the T-bill rate adds $2 billion to debt payments, he added.

“Treasury bill yields have increased by over 600 basis points. That will add about $10 billion to $12 billion to debt servicing this year. It has a compounding effect,” Mitchell said. One percentage point is equivalent to 100 basis points.

The average yield on the last 30-day CD offered this week by the BOJ to take $17.5 billion out of the system, was 7.62 per cent. The offer received bids totalling $34.3 billion, with the highest bid rate being 10 per cent and the lowest seven per cent.

The Government of Jamaica will on June 8 offer two more short-term papers – a 91-day and a 182-day instrument to raise a combined $1.4 billion.

But another instrument due to mature in less than three years, in 2025, secured just $1.8 billion in bids, below the $2 billion on offer, and yielded 8.85 per cent.

The PSOJ’s economic policy committee co-chair, Dr Adrian Stokes – who was one of the first to go public with corporate Jamaica’s concerns about the rising interest rates – is calling for the central bank to better calibrate its monetary policy to ensure it isn’t damaging to the economy.

“The financial markets require a fair bit of calibration to ensure that we have a properly functioning yield curve. I don’t think portions of the yield curve in Jamaica right now are active. I don’t think people are utilising the five-year, 10-year or even the two-year segments,” Stokes said at the forum.

“I believe rates are way above what is feasible, given demand conditions, and that is definitely something that the BOJ should take a look at,” he said.

Stokes also argued that there is the risk of reversing hard-earned macroeconomic gains if the country’s debt, which is above $2 trillion, is allowed to balloon.

“Debt reduction is the chief policy anchor for fiscal policy in Jamaica. As a country, we should be laser-focused on reducing the debt in a sustainable way. It is this laser focus on debt reduction, and the discipline to maintain a healthy primary surplus, why we have seen the debt reduced from 150 per cent of GDP a few years ago, to us now being on track for the debt to fall to about 69 per cent in four years’ time,” Stokes said.